This is a must watch for those of you with corrupt children’s cases and lying social workers, DCFS workers and others in the court room.

In the video attorney McMillan gives a lot of case law citations on lies in written testimony and lies told as a witness in court by the police, DCFS workers, social workers and consultant and provides many, many case citations.

This is an archived article and the information in the article may be outdated. Please look at the time stamp on the story to see when it was last updated.
$8 million verdict awarded in Oklahoma wrongful death lawsuit

OKLAHOMA CITY – The family of a man who died in a group home in Oklahoma City was awarded an $8 million verdict on Monday by an Oklahoma County jury.

Shannon Adams filed the lawsuit against Renaissance Management Group of Tulsa after her brother, Mitch Boles, died at one of their group homes.

“Maybe it’ll stop it from happening to anybody else’s loved one,” said Adams. “This is the best justice we can get at this point.”

This is an archived article and the information in the article may be outdated. Please look at the time stamp on the story to see when it was last updated.
$8 million verdict awarded in Oklahoma wrongful death lawsuit

OKLAHOMA CITY – The family of a man who died in a group home in Oklahoma City was awarded an $8 million verdict on Monday by an Oklahoma County jury.

Shannon Adams filed the lawsuit against Renaissance Management Group of Tulsa after her brother, Mitch Boles, died at one of their group homes.

“Maybe it’ll stop it from happening to anybody else’s loved one,” said Adams. “This is the best justice we can get at this point.”

Adams’ brother, Mitch Boles, was 51 years old but had the mind of an 18-month-old.

For 40 years, he lived at SORC, Southern Oklahoma Resource Center, in Pauls Valley, a state-run institution.

But when the state decided to close it in 2012, his family had to find somewhere else for him to go.

Adams says they chose to go with Renaissance Management Group out of Tulsa.

“More or less marketed theirself (sic) to the state and me that they could do this,” Adams said “It was a dream come true.”

They moved Boles to a group home in northwest Okahoma City run by Renaissance in January of 2014.

But only a month in, Boles had to be hospitalized.

He’d had a seizure and Adams says the employees at the home did not know how to handle it.

“And he was completely limp, they testified. And drug him out of the house on this chair, swung him into a car, unconscious and limp and drove to the doctor’s office,” said Adams. “They killed my brother.”

The Department of Human Services was over SORC and NORCE, Northern Oklahoma Resource Center, in Enid.

They were dropped from the lawsuit before damages were awarded, but a DHS spokesperson told KFOR Boles is the only person transitioned out of both SORC and NORCE whose death has been blamed on the care they received.

The DHS spokesperson says Renaissance no longer cares for people with developmental disabilities.

Adams says she keeps in contact with other SORC families.

She says her verdict was not about the money, but rather a promise she made to her parents, who died shortly after her brother.

“I had promised my dad two years prior that I wouldn’t give up, that I would get justice for Mitch and for their baby,” said Adams.

Renaissance Management Group only has to pay $7.2 million of the $8 million verdict.

The other part of the judgement was against others who cared for Boles after he was hospitalized.

Renaissance sent us the following statement regarding the judgement:

“Renaissance Management Group, Inc., is disappointed in the jury’s verdict, but respects the process by which the jury reached its conclusion. Renaissance intends to work with the attorneys for the family of Mitchell Boles and resolve this matter amicably, in the days to come.”

The question now is whether or not parents will gain more rights to determine what happens with their own child and whether guardianship laws will be curtailed to allow them to do this and not leave precious babies (and our elders) at the hands of cruel judges and lawyers (barristers) who know nothing and care nothing about a child or grandparent.

Maybe this cn change gship laws in the US.

From a FB friend:

You all have been in probate, have been threatened, jailed, false accused, defamed, slighted, told to shut up–the whole works and then some.

You tell me, do these psychopaths in robes and suits every change their stripes? Nope.  99% of the time, they tell you shut up, go along, get along and you get your money and beloved back.

Ask the victims on my 35 corrupt horror story sheet (published elsewhere on this blog) if that is true.

Please pray for the all and let Baby Alfie go home or to Italy or wherever the parents decide. 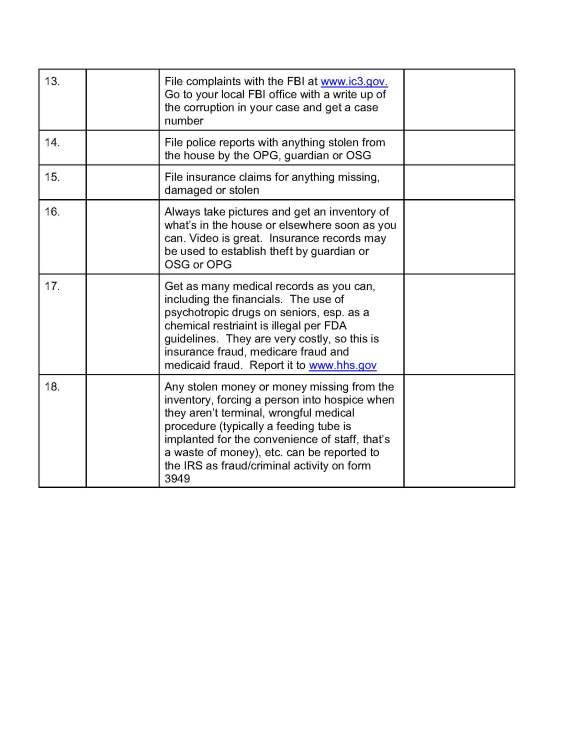 An Internet pedophile ring with up to 70,000 members — thought to be the world’s largest —has been uncovered by police, a security official said Wednesday.

The European police agency Europol said in a statement that “Operation Rescue” had identified 670 suspects and that 230 abused children in 30 countries had been taken to safety. More children are expected to be found, Europol said.

It said that so far 184 people had been arrested and investigations in some countries were continuing. Most of those detained are suspected of direct involvement in sexually abusing children.

They include teachers, police officers and scout leaders, AP reported. One Spaniard who worked at summer youth camps is suspected of abusing some 100 children over five years.

Cori Bassett, a public affairs officer for U.S. Immigration and Customs Enforcement, said in an email that there had been five arrests and four convictions in connection with Operation Rescue in the U.S.

“Arrests so far have been made in Georgia and Connecticut. ICE continues to pursue the leads provided by Europol,” she added.

The website was shut down following the three-year investigation, Europol said.

“The website operated from a server based in the Netherlands and, at its height, boasted up to 70,000 members worldwide,” it added.

“It attempted to operate as a ‘discussion–only’ forum where people could share their sexual interest in young boys without committing any specific offences, thus operating ‘below the radar’ of police attention,” Europol said.

“Having made contact on the site, some members would move to more private channels, such as email, to exchange and share illegal images and films of children being abused. Computers seized from those arrested have harvested huge quantities of child abuse images and videos,” it added.

Police infiltrated site
The Europol statement said U.K. and Australian police infiltrated the site to identify the members who posed the greatest danger to children. Police also sometimes posed as children online as part of the investigation.

Law enforcement authorities from 13 countries, including the United States, Australia, Canada, Italy, Spain and the U.K., were involved in the case, Europol said.

The statement said Europol analysts had cracked the security features of a key computer server at the center of the network which uncovered the identities of suspected child sex offenders.

“Europol subsequently issued over 4,000 intelligence reports to police authorities in over 30 countries in Europe and elsewhere, which has led to the arrests of suspects and the safeguarding of children,” Europol said.

Wainwright said he was proud of the “exceptional work of our experts in helping police authorities around the world to record these groundbreaking results.”

“The safeguarding of so many vulnerable children is particularly rewarding and demonstrates the commitment of our agency to make Europe a safer place for its citizens,” he added.

The investigation was led by Britain’s Child Exploitation and Online Protection Center.

Peter Davies, of the center, said there would be more arrests as the investigations continue.

“Those who have been members of the site can expect a knock on the door in the very near future,” he said.

In Britain, police said, the children involved were aged between 7 and 14.

Australian Federal Police commander Grant Edwards said suspects arrested in Australia ranged in age from 19 to 84 and used the Internet to “prey on children with anonymity, with subterfuge and with camouflage.”

Children, Edwards said, “should be able to use the Internet safely, without fear of being approached or groomed by these online predators.”

How does it take 3 years and 70,000 members to complete an investigtion on pedophilia and the explotation of children.

There is something seriously wrong here.

If you or I took 3 years to get our jobs done, we would be long gone.

Does starbucks take 3 years to get you a latte?  obviously not.

prosecutors and police are just lazy and ineffective, but that’s just MHO.

But take the ARDC. YOu publish about corruption and the Truth, and they take you out soon as possible.

As for those that bilk medicare/medicaid for millions or billions, that takes years and many, many continuances.

See something wrong here?  I do, for sure.

MaryGSykes.com
Create a free website or blog at WordPress.com.