Free Charlie Thrash from guardianship – before it’s too late

This petition concerns the removal of my husband, Charlie Thrash on March 6, 2019 from his home at 310 Harvard Oak, Shavano Park, TX 78230  (a teeny community of approximately 3,926 people, which is surrounded by San Antonio) by Mary Werner, wife of the Mayor of Shavano Park, acting under guardianship orders of Judge Oscar Kazen, who also lives in Shavano Park.

It did not matter one whit to Oscar Kazen – not only a judge, but also a lawyer who is expected to know Probate Law – that I held a valid Durable Power of Attorney, signed by Charlie on June 24, 2016, naming me as Charlie’s agent. Oscar has only ever heard the one-sided argument the attorneys Cavaretta, Katona & Leighner (CKL-Lawyers.com) keep bleating: that since I was not married to Charlie I had no standing in a guardianship hearing, thus denying me my rights as a spouse, which indeed, even as a common-law wife, gives me priority standing over the estranged family member – a grand niece of Charlie’s named Tonya Barina, the self-appointed applicant to become guardian of Charlie’s estate, a right to which Barina was awarded on November 15, 2018, by then-Judge Tom Rickhoff.

As the first judge in the case, Tom Rickhoff appeared to at least respect Charlie’s wishes that he remain in his Shavano Park home, with me as guardian of Charlie’s person. But once Oscar Kazen was elected to Bexar County Probate Court Judge and assumed office in January 2019, replacing Tom Rickhoff, Oscar had no such compunction, and Oscar Kazen replaced me as Guardian of Charlie’s person, and put in my place his neighbor Mary Werner, wife of the Mayor of the small community in which we all lived – Shavano Park Mary Werner was awarded Charlie in guardianship by her neighbor & chosen political candidate for judgeship, Oscar Kazen, acting in his capacity as probate judge, on January 29, 2019.

And by March 6, 2019, Charlie was removed from our home, I was evicted along with my three adult children, all property inside the house was seized, whether it belonged to me and my adult children – or Charlie – and we were made instantly homeless.

On April 4, 2019, lawyers acting for Mary Werner and Tonya Barina filed motions to sanction myself, my adult daughter Brittany Martinez-Thrash, and our attorney Phil Ross a total $262,391.77, adding court-ordered debt and impoverishment to the misery of homelessness the court had inflicted upon us. less than a month earlier. The motions to sanction me, Brittany and Phil is based upon misrepresentations to the Court as to the full reading of Texas Estates Code §1055.003(d) and §1051.104(a)(5), both of which give me, Laura Martinez-Thrash, as holder of Power Of Attorney signed by Charlie in 2016, priority over guardianship (in front of Tonya Barina) and standing in the court to be party to Charlie’s guardianship — all rights denied to me by Oscar Kazen, acting under half-complete and inaccurate instructions & descriptions of these statutes.

Oscar Kazen legally holds the authority as a probate judge to rule any way he likes on any guardianship case that comes before him. The only way the citizens have to hold Oscar Kazen accountable is to vote him out of office, but they can’t vote out Charlie’s court appointed guardian, Mary Werner, who lives around the corner from from Kazen, or hold her accountable for her actions.

It should raise red flags that the Mayor Bob and his wife Mary Werner hosted a political fundraiser for Oscar Kazen’s election to Bexar County Probate Judge in 2018 the position of power from which Oscar has taken Charlie from his home, seized approximately $3,000,000 of Charlie’s money, and awarded Charlie as a ward to Mary Werner, for her financial enrichment and career advancement.

I ask you: Is it not Public Corruption when a politician’s elected office is financed and his election ensured, by the very same people who then financially benefit from the rulings and orders the judge issues from his bench?

List of Charlie’s property sold off:
his home
his condominium
his hangar at Boerne Airport
his airplanes
his prized Corvette, trucks, cars
his prized Harley motorcycles
his prized Triumph motorcycles
his gun collection
his personal jewelry – Rolex watch, 14K gold Cadillac signet ring, 14K gold class ring
his safe deposit box at Frost Bank, believed to have contained $100,000+/- cash, jewelry, coins & other valuables – all seized by Tonya Barina, who has not provided any inventory.
his businesses on West Ave, including all equipment, tools, and inventory
his livelihood and a means of earning money

Total estimated cost of Charlie’s assets and possessions sold to pay for Mary Werner and Tonya Barina: a minimum of $2.5 to $3 Million dollars, from which a Guardian of the Estate, by Section 1155.003(b) “A fee of five percent of the gross income of the ward’s estate and five percent of all money paid out of the estate…” which could equal $150,000 – $200,000 Tonya Barina created for herself – all by filing and being awarded guardianship of her estranged, but quite wealthy, grand-uncle, whom she had never met, until she guardianized him on Nov 15, 2018.

Total estimated cost of all attorneys paid for out of Charlie’s estate (and there are no limits on how much lawyers can charge an estate for keeping a person under guardianship, where the lawyer have open access to all funds from which to be paid) — at a minimum 262,391.77 but most likely the legal fees removed from Charlie’s liquidated assets most probably approaches $1 Million – all to keep Charlie in a guardianship which is unwanted and unneeded.

For all these reasons, and many more, available at the website FreeCharlieThrash.com, We, the undersigned

1. Call upon Mary Werner to resign as guardian of Charlie’s Person, in favor of Laura Martinez-Thrash.

2. Call upon Oscar Kazen to immediately:

An Article from April 16, 2020 – Why has the media censored the wanton killing of the elderly at these sheltered care facilities – WHO IS PROFITING?

AS I listen to the hourly commentary on the toll of the virus, which apparently has now been surplanted by the debacle in Washington yesterday, it interesting to note how little emphasis had been root causes of the deaths of so many senior citizens.    Why the censorship of a key aspect of the pandemic?

YOU HAVE 3 GUESSES AND THE FIRST 150 DO NOT COUNT! 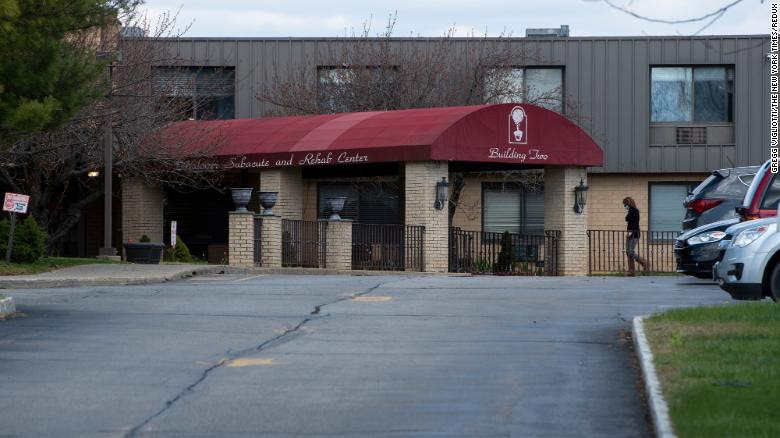 One of the two buildings of Andover Subacute and Rehabilitation Center, in Andover, New Jersey.

(CNN)A tip of a body in a shed led Andover Police to one of New Jersey’s largest nursing homes Monday evening where they found 17 bodies in the facility’s morgue, one of the responding officers told CNN.The officers responding to the Andover Subacute and Rehab Center II didn’t find a body in the shed, but employees asked them for assistance with the bodies in the morgue.”The staff was clearly overwhelmed and probably short-staffed,” Andover Police Chief Eric Danielson, one of the responding officers, told CNN. “The residents were expiring. Why? We’re not sure if it’s from Covid-19 or from other diseases, but we tried our best to ease the burden.”

Nursing homes in New Jersey and California reporting clusters of coronavirus casesNursing homes have been a vulnerable target for the pandemic that has killed more than 30,000 people in the US. Visitors have been barred in many facilities to reduce bringing in infections, and staff has raced to treat patients as the virus spreads internally. It is not clear, however, if coronavirus was the cause of the deaths at Andover Subacute.
A California nursing home was evacuated after its staff didn’t show upCheri Mossburg, CNNDozens of patients from a nursing home in Southern California were evacuated to other centers Wednesday after em…

hen officers arrived Monday, they found each of the 17 bodies in a body bag with a tag identifying the deceased. The morgue was only intended to hold up to four people, according to The New York Times.
After Anonymous Tip, 17 Bodies Found at Nursing Home Hit by VirusThere have been 68 recent deaths of residents and nurses from the facility in a small New Jersey town.

Four bodies remained on site, and the other 13 were transferred to a refrigerated trailer at Newton Medical Center. Danielson did not provide any identifying details regarding the victims.

Interesting approach.   Purchase the claim from the perspective client and prosecute the claim pro se – if I reading the decision properly.
An individual may sell his claims to another individual and that purchaser may prosecute the claim.   A pro se does not need a law license.
This gambit of Goodman’s failed because the Court applied the ‘substance/fact’ test.   If it looks like duck, smells like a duck, swims like a duck and has feathers like a duck, it is legally a duck!   Nice try.