One of the grounds was forced placement in nursing homes against the disabled person’s will or into group homes in sub human condition.  Sound familiar?

An August 23 investigation detailing a massive alleged elder abuse and exploitation ring operating out of a Michigan probate court was published on the same day that Michigan Attorney General Dana Nessel fired three public administrators, exposed in the story as allegedly exploiting thousands of vulnerable Americans under their guardianship.

High-profile cases such as the ongoing dispute concerning the estate of famed musician Aretha Franklin have been affected.

Franklin’s eldest son Clarence is under the guardianship of Michigan attorney Jon Munger who is one of the targets of the probe which uncovered an unsettling number of alleged crimes including abuse, neglect, robbery, and exploitation, often in cases that arguably didn’t merit guardianship in the first place.

In as little as a year, so called “incapacitated wards” are stripped of the entirety of their savings and possessions and rendered completely reliant upon social services and benefits such as Medicaid.

Hammond states that she and her team revealed their findings to Nessel’s staff at a March 12, 2019 meeting implicating three of the four public administrators Nessel eventually fired.

On March 25, 2019 Nessel announced the creation of a multi-agency Elder Abuse Task Force. The Task Force presented nine reforms to the guardianship system. Nessel claims the firings were due, in part, to Task Force discoveries.

Hammond says she does not buy it.

“Michigan Attorney General Dana Nessel and her staff knew this story was coming ever since our March meeting,” she says.”Her firing of the public administrators we discussed has been a long time coming but doesn’t have any effect without criminal investigations. They can still take guardianship cases.”

In a forensic review of the Oakland County Probate Court, available to the public for the first time in Michigan history, Mulholland also concludes that criminal investigations into the guardians are warranted.

Background:
Every US state still uses form of guardianship Rooted in Medieval English law, at its best, it is designed to protect citizens who are no longer able to protect themselves by declaring them wards of the state. However, increasing reports of abuse cropping up nationwide, has prompted Congressional calls for reform.

But the level of controversy over how guardianship cases are handled in the Detroit-area Oakland County Probate Court has reached such heights, the story reads more like Orwellian fiction than it does a model of the American experience.

Discoveries include the forced separation of families and isolation of the vulnerable; fraudulent petitions for guardianship by Adult Protective Services investigators; massive over-billing; the forced removal of individuals from their homes and the placement of them in nursing facilities or unlicensed group homes with subhuman living conditions; real estate fraud; and missing assets that number in the millions of dollars.

Click the links below to read the five part series:

The Fortress Part One of Five: Unacknowledged and Unprotected

Just when you thought it could not get any worse: 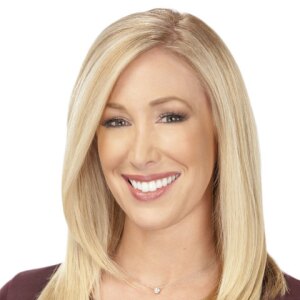 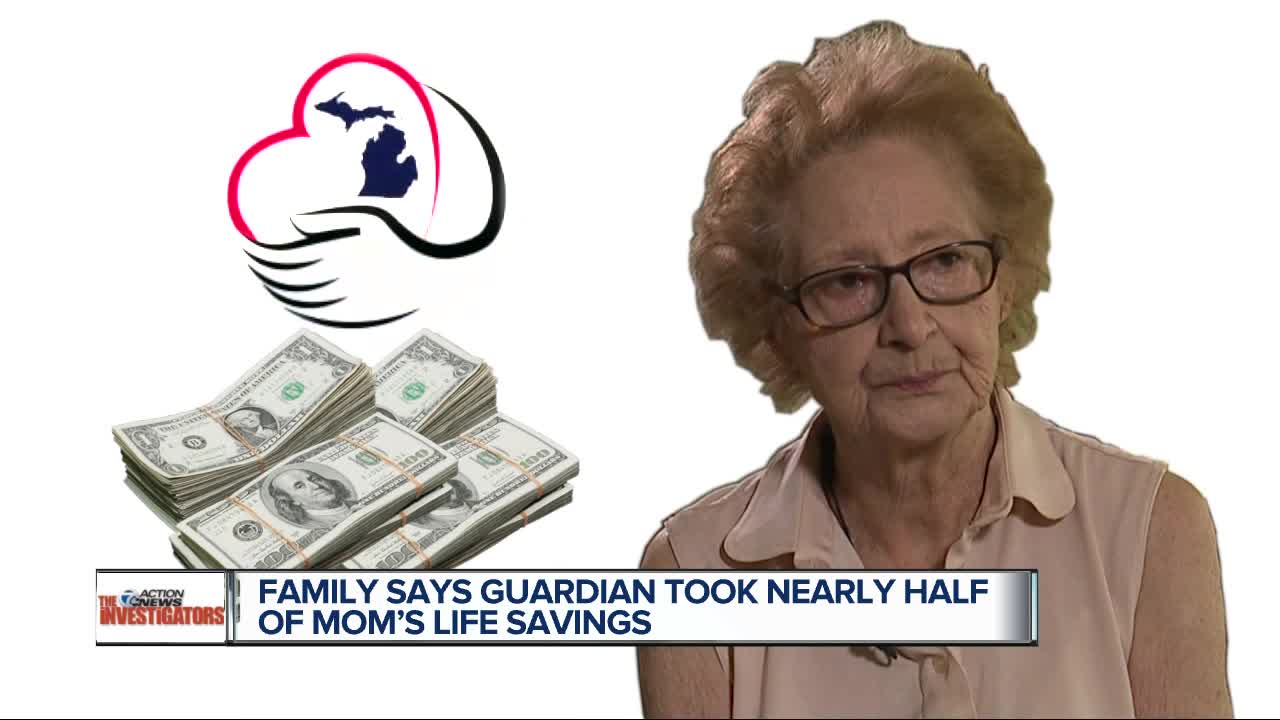 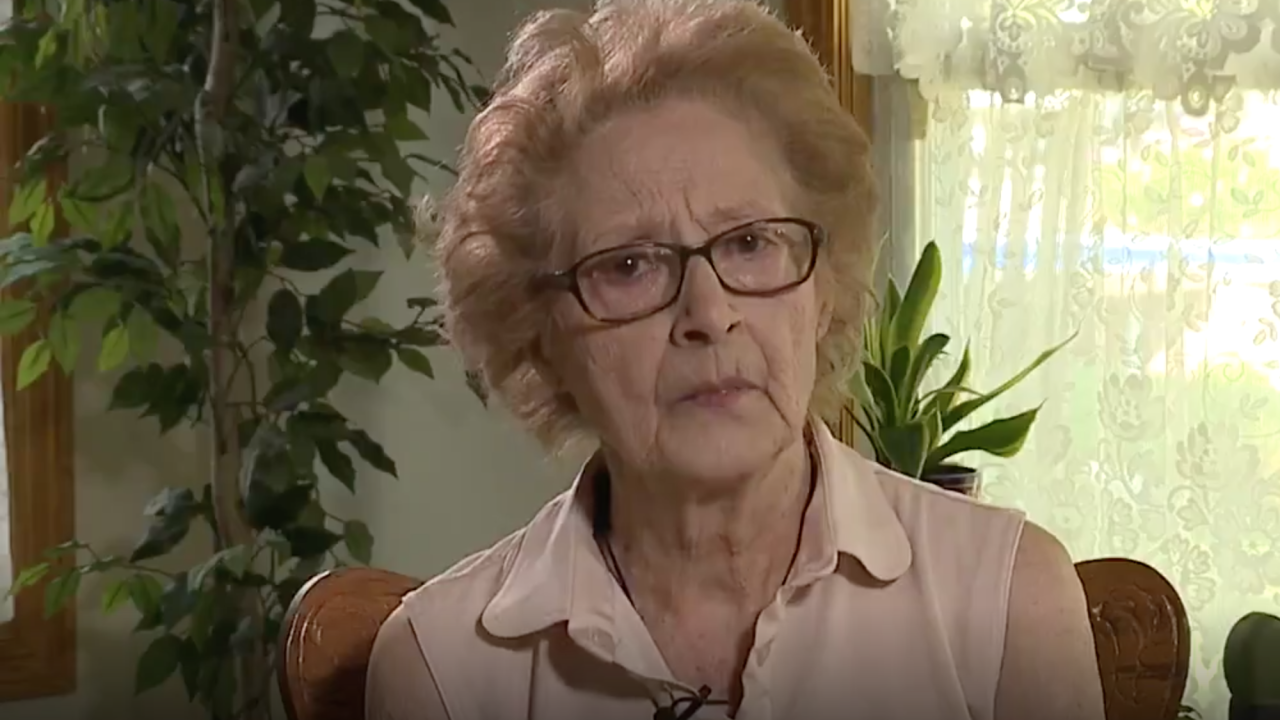 (WXYZ) — More than $123,000. That’s what a local family says a guardianship cost their elderly mother for three months of care. It was a huge chunk of her life savings.

It’s the same guardianship company that 7 Investigator Heather Catallo exposed back in May when they were accused of cutting off family contact with an elderly couple.

The family in this case originally didn’t want to talk to us on camera, but when they saw the fees that Caring Hearts Michigan is asking a judge to approve – they agreed to speak out.

Piera Franklin is 90 years young and still loves working in her yard.

Piera said that she didn’t need that. She cooks, cleans, washes her clothes and didn’t want that kind of 24/7 help.

In May, the 7 Investigators were in the courtroom when the judge took Caring Hearts off the case and granted guardianship and conservatorship of Piera to her son , John. But the Franklin family was stunned when they recently got the final accounting from Caring Hearts.

For only 91 days of care, Caring Hearts wants the court to approve:

“Not in my opinion,” said John Perrin, an attorney hired by Piera’s son, John Franklin. “Based on the invoices themselves, there’s clearly overcharges here.”

“Do you feel like they earned that money?” Catallo asked Piera.

“No! No way no way! Because they didn’t do anything. No help for me, no bath, nothing, nothing,” Piera responded. “I make my own bed. I clean up the house. I did everything! Was nothing done. They sit there with their book and watching TV. That’s it!”

This is 90-year-old Piera Franklin talking about the caregivers from Caring Hearts MI Inc. On ⁦@wxyzdetroit⁩ at 6, I’ll show you why her family is objecting to $123k in legal, guardianship, & care fees for 91 days. ⁦⁦@MIAttyGen⁩ ⁦@MISupremeCourt⁩ #probate

Piera said she did like some of the home aides, but she says one caregiver had a fight with her boyfriend in the driveway of Piera’s home. She said it made her feel scared, like she did during the war in her childhood in Italy.

“I was raised in the war time, and I remember when the bombs coming, I would get stomach problem, and I felt the same anxiety in my stomach,” said Piera.

“There’s one particular occasion where I see 48 hours billed for one caregiver in a single day,” Perrin said. “The cumulative time in that single day wound up being almost $2,500.”

Now, Piera has less expensive caregivers for fewer hours in the day. She says now she is worried about how much money she was charged by caring hearts.

The 7 Investigators spoke with the Michigan Attorney General’s Office and they say their financial crimes unit is aware of this case, but they can’t confirm or deny if they are investigating.

Lawyers for Caring Hearts Michigan Inc. deny any wrongdoing, and they have told the court they will review some of the billings. They say the relationship between Kirk’s companies while serving Piera did not violate any law or court rule.

“Caring Hearts disclosed in writing to Court Administrator John Brennan on April 4, 2018, its common ownership of Executive Care. This was many months before the Court’s “related persons” policy was issued. The policy assures disclosure upon the annual account.

In these cases, all interested persons, and the court, had disclosure; they knew that the companies had common ownership as intended by the policy.

Neither Caring Hearts nor Executive Care did anything wrong when doing what the court ordered them to do: care for someone according to their needs and preferences. Mrs. Franklin was very grateful to Caring Hearts, as she wanted her care to be at home, extensive and high quality, and she wanted only certain persons to take care of her. In fact our Executive Care’s service was so valued that her son rehired them at one point, and his mother specifically asked for their employees to continue serving her, even after Caring Hearts was replaced. Simply put, she liked her care at home, and that is always more expensive.

Caring Hearts and Executive Care are ready and willing to be examined for all that they did and the fees they charged. That’s what trials are for.

While family are entitled to challenge fees, we fear Mrs. Franklin is now being scripted to create an inaccurate public image of Caring Hearts. It’s sad to see a good company get publicly attacked when the family already has a court of law available to them, where both parties have a fair chance to present their case.”

The public still has to go to the courthouse, search for and pull up documents and then pay 50 cents to $2 per pay for access, despite the fact the taxpayers own the documents, and not attorneys, not judges or court personnel.

Dorothy Brown is still the clerk of court.  She should be fighting for access by taxpayers and not just attorneys or judges.

A recent post from the Chicago Bar Association discusses the new re:SearchIL platform, a much-needed solution for attorneys eFiling throughout Illinois. CourtFiling.net happily sponsors this article by Tisha Delgado. Since the Illinois Supreme Court announced the mandatory switch from traditional paper filing to eFiling, the legal industry has hoped for an efficient way to access those eFiled documents online.

re:SearchIL allows attorneys to search for all filings and activity in their cases, study opposing counsel, and know the other parties in their case. They do this simply by logging into re:SearchIL using their CourtFiling.net credentials. There is an easy to navigate dashboard that contains a “My Cases” section where the attorney can easily see a list of all their pending cases in any of Illinois’ 102 counties, in which their ADRC number appears.

With any new system, re:SearchIL has a few issues to work through. Only attorneys of record and parties to the case are able to access these court records. The system leaves out other legal support staff who are often involved in the eFilings including paralegals, legal secretaries, and law clerks. This lack of access for legal support staff is only temporary, as some rules and policies are still being discussed.

CourtFiling.net will keep you updated on any changes that occur within the re:SearchIL platform.