Skip to primary content
It would be very nice to be naive.   A naive person could believe that the ARDC is interested in protecting the public from dishonest lawyers.   A naive person would believe the words and phrases of Chicago’s mayor.    A naive person would believe that words of the candidates for governor and in particular believe that ‘fat man’ who tots his difficult childhood as the child of billionaires!   A naive person would believe that Chicago elections are honest and every vote counts!    **** Indeed, it would be nice to have just fallen off the cabbage truck!   BUT SUCH IS NOT THE CASE.
If I was ever naive, I was cured of the disease shortly after I received my law license and a Judge called my home and stated: “THE BID IS 5”    Of course I had no idea what he was talking about, BUT I SOON LEARNED.   I came of age when I did not pay the judge dollar one and I received an adverse decision.   If I was ever naive, it was cured when I went into the voting booth (shortly after my wife and I were married and we lived in a ‘working class’ neighborhood and found the democratic Party flunky in their with me prepared to help me vote.   When another democratic precinct captain came to my home to solicit my vote years later I agreed to vote for him.   I did – I wrote him in on the ballot!    If I was ever naive concerning elder cleansing, I was cured when I had occasion to examine the books and records of a nursing home operated by the Chicago cabal.   My one semester home study course in Accounting was sufficient to observe that actual costs of $2000.00 were overstated by a minimum of 500% and with normal overcharges the facilities reaped a fraud of about 700%.   The billion dollars that Philip Esformes allegedly stole from medicare demonstrates just how profitable the fraud has become.
The Lanre Amu attorney disciplinary case grinds at me.   Every time I hear our mayor tout how he and the Chicago Democratic machine are leaders in the fight for civil rights for all and are such champions of Civil Rights I CRINGE!    The outright racial discrimination suffered by Mr. Amu is not only outrageous but beyond the pale.    The Illinois Supreme Court, the IARDC, the Attorney General**** all are aware that Mr. Larkin filed totally false pleadings concerning Mr. Amu, and essentially charged him with practicing law while black.    (NB.  I make this statement because, shortly after Mr. Amu made his charges against the protected corrupt judge, CRAINS CHICAGO BUSINESS independently made the very same charges.    Worse yet – the wrongful exclusion of civil rights icon Diane Nash from the kangaroo disciplinary proceedings against JoAnne Denison was a racial incident that rivals that of BULL CONNOR!   The insult was never the subject of even the insincere apology that usually follows such an affront!
The media is not interested in HUMAN TRAFFICKING unless there is no election on the horizon that can interfere with the dominate political party and their Elite, or some group is challenging the status quo, but it exists.   Have you seen the following article in the Chicago Tribune or the Chicago Sun=Times?     \ 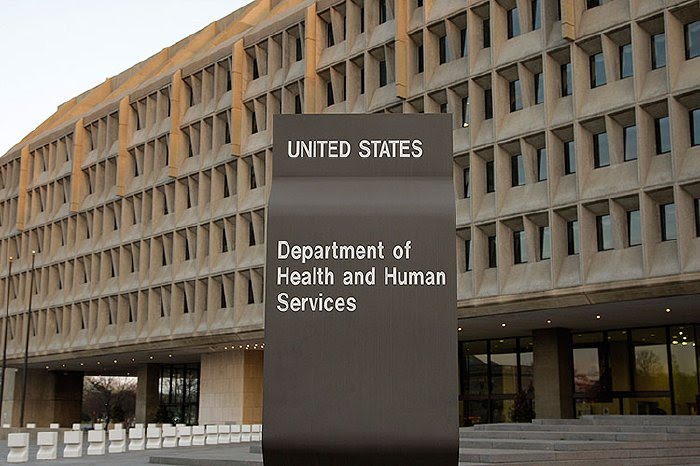 WASHINGTON — More than 1 in 4 cases of possible sexual and physical abuse against nursing home patients apparently went unreported to police, according to a government audit that faults Medicare for failing to enforce a federal law requiring immediate notification.

The Health and Human Services Inspector General’s Office was issuing an “early alert” Mondayon its findings from a large sampling of cases in 33 states. Investigators say Medicare needs to take corrective action immediately.

“We hope that we can stop this from happening to anybody else,” said Curtis Roy, an audit manager with the inspector general’s office, which investigates fraud, waste and abuse in the health-care system. The audit is part of a larger ongoing probe, and additional findings are expected, he said.

Illinois had the largest number of incidents overall, with 17. It was followed by Michigan (13), Texas (9) and California (8).

In 38 of the total cases (28 percent), investigators could find no evidence in hospital records that the incident had been reported to local law enforcement, despite a federal law requiring prompt reporting by nursing homes, as well as similar state and local requirements.

“Based on the records we had available to us, we could not determine that they had been reported to law enforcement,” Roy said.

The federal statute has been on the books more than five years, but investigators found that Medicare has not enforced its requirement to report incidents to police and other agencies, or risk fines of up to $300,000.

Nursing home personnel must immediately report incidents that involve a suspected crime, within a two-hour window if there’s serious bodily injury. Otherwise, authorities must be notified within 24 hours.

Medicare “has inadequate procedures to ensure that incidents of potential abuse or neglect of Medicare beneficiaries residing in (nursing homes) are identified and reported,” the inspector general’s report says.

In a statement, the Centers for Medicare and Medicaid Services said “nursing home resident safety is our priority and primary focus,” and it is committed “to ensure these vulnerable people are properly cared for and that all viable or alleged instances involving abuse or neglect are fully investigated and resolved.”

The agency said it has long required nursing homes to immediately report abuse and neglect to state officials, and it will have a formal response to the inspector general’s findings once the audit is complete.

Of the 38 unreported cases, 31 involved alleged or suspected rape or sexual abuse, about 4 out of 5.

But even among the 96 cases that were ultimately reported to police, investigators were unable to tell if the federal requirement for “immediate” notification was followed.

In one case classified as “reported to law enforcement,” an elderly woman with verbal and mobility limitations was taken to the emergency room after she was allegedly sexually assaulted by a male resident of the same nursing home. The report said two silver-dollar-sized bruises were noted on her right breast.

Nursing home staff had helped the woman bathe and change clothes after the incident. “These actions could have destroyed any evidence that may have been detected using the rape kit,” says the report.

Instead, the following day the nursing home contacted the woman’s family, who called the police, triggering an investigation.

Citing a separate probe by state officials, the inspector general’s report says the nursing home “contacted local law enforcement in an attempt to keep law enforcement from investigating the incident.”

The state’s own report found that the nursing home told police “we were required to report it but that we were doing our own internal investigation and did not need (police) to make a site visit … no one was interested in pressing charges.” The police continued their investigation.

The state later cited the nursing home for failing to immediately notify the patient’s doctor and family, as well as other violations of federal regulations. But state officials classified the incident as resulting in “minimum harm or potential for actual harm.”

No other details were provided in the federal report. The inspector general’s office reported all 134 cases to local police.

The number of nursing home residents is expected to grow in coming years as more people live into their 80s and 90s. Medicaid is the main payer for long-term care, while Medicare covers doctors’ services and hospital care for elderly people and the disabled.

This problem is the tip of the iceberg!     Dr. Sugar’s blog is reporting incidents of the human trafficking in FLORIDA,  NASGA,Probate Sharks ******  are reporting more incidents nationally, and JoAnne Denison’s MARYGSYKES and justice4all is detailing the JUDICIAL CORRUPTION AND OTHER CORRUPTIONS that makes the aforesaid trafficking so profitable.    NB.  The Illinois Supreme Court, the IARDC, and Mr. Larkin have made quite an effort to silence these outlets, but the brave soldiers who are resisting ELDER CLEANSING and its human trafficking protection are still standing tall.

I know that I sound like a broken record, but it is time for an HONEST INVESTIGATION to be followed by Honest and diligent law enforcement.   Sending Philip Esformes to jail is a token measure – the PUBLIC FIGURES (such as Jerome Larkin – who routinely files false disciplinary pleadings – see Mary Sykes case 09 P 4585 – is an important target as he enables the corrupt lawyers and judges who prey on the elderly (human trafficking) to prevail!)
While it is not politically correct, please allow me to wish you and yours a MERRY CHRISTMAS!****.