FLORIDA SENIOR ISOLATED FROM FAMILY OF 50 RELATIVES FOR THREE YEARS DESPITE VIDEO OF HER ASKING FOR HER SISTER, NIECES & NEPHEWS

Guardian refuses to let anyone speak with her without a “passcode,” court ignores motions, and care facility refused to disclose safety preparations for Hurricane Dorian

DELAND, FL – On Friday, September 6, 2019, Dr. Lillie Sykes White turned 91. Her family of almost fifty people wanted to celebrate her. On video, released today, she said she wants to see her sister, nieces and nephews. Yet, the estranged granddaughter Lisa Marie Rene of Maryland–who no one in the family knows–is blocking them from any contact. A team of attorneys are benefiting from the $4 million estate and the Seventh Judicial Circuit Court seems to be endorsing the exploitation. It is tantamount to human trafficking but no one in Florida leadership is helping despite recent guardianship scandals. Video can be viewed at    https://youtu.be/ssC0XcFCgtQ

“I called the facility where Lillie is being held and they refused to let me know what preparations they were making for Hurricane Dorian,” said Janie Sykes-Kennedy, Dr. White’s 83-year-old sister. “We called on Lillie’s birthday and couldn’t speak with her. The administrator said she may not even receive our cards. This is inhumane,” she added.
In 2012, Dr. White was entrapped in a guardianship by family friend Chauncey Ford and the granddaughter. Sykes-Kennedy joined her sister to fight off their legal actions. On August 30, 2016, Dr. White left her Palm Coast home with her niece Sheila Bryant in order to go to the doctor. After Ms. Bryant was called in the other room to fill out paperwork, emergency temporary guardian, Sara Caldwell, Esq. of Daytona Beach and Attorney ad Litem, Tance Roberts, Esq. of St. Augustine, both appointed unnecessarily by Circuit Judge Margaret W. Hudson of Flagler County, seized Dr. White from the waiting room. There was no notice, danger or emergency. Police reports stated that Dr. White was safe in her home and “didn’t seem incapacitated.” She retained the right to choose with whom to socialize, and she wanted to be with her sister in the house she built for retirement. Yet, the court agents refused to disclose her location and Judge Hudson ignored multiple Emergency Motions for Judicial Review. Dr. White was stripped of all rights, her home was sold to pay attorney fees, and the guardian told neighbors she had died.

“My aunt was kidnapped under color of law and the attorneys have been making up reasons to justify their actions after-the-fact,” said Teresa Kay-Aba Kennedy, Dr. White’s niece and producer of    The Deception of Protection. “Across the country, guardianship laws are being manipulated and used as a weapon to separate seniors from their families, silence them and steal their estates. We need public outrage and federal intervention,” she added.

In 2018, Ms. Caldwell resigned. The Office of Public and Professional Guardians (OPPG) was conducting an investigation into allegations of wrongdoing. At the same time, the family found Dr. White via private investigators. Her sister and niece visited in November 2018. Even though it was joyous, Dr. White is on lockdown again. Behind closed doors, the Flagler Court appointed Ms. Rene Guardian and Trustee even though she did not qualify. She had filed bankruptcy and had been removed as Trustee by the Orange County Court. The Fifth District Court of Appeal affirmed the decision. There was also an Orange County Court Order denying her visitation and communication based on Dr. White’s direct testimony in court and affidavit stating she was being victimized by her. The Flagler Court failed to let anyone else in the family know about Ms. Rene’s appointments, and thus, they could not object. Judge Hudson warned the attorneys about using Dr. White’s estate as a “cash cow,” but continued to sign off on the excessive billing. Florida law requires that the Court follow Dr. White’s expressed wishes, yet the decisions have been entirely inconsistent with her stated desires which are well-documented over the past eight years. She had taken the granddaughter out of her Trust in 2012 before the improper incapacity ruling and isolation from family.
“I was with Aunt Lillie for five years and it’s heartbreaking that I can’t even speak with her now,” said Ms. Bryant.
Anyone who calls for Dr. White requires a “passcode.” Multiple family members have reached out to Ms. Rene for the code but she is not returning calls. Ms. Rene’s attorneys at Shuffield Lowman in Orlando refuse to provide the code. Despite a new judge, the Court has ignored Ms. Sykes-Kennedy’s motions. Contact with Dr. White by her sister, nieces and nephews is being “unreasonably withheld,” which violates her rights and the U.S. Constitution. The family fears she will be medicated to death to cover up the fraud or isolated so long she will lose hope.
In the video from the visit, Dr. White herself said, “It’s amazing. I never thought anything like this could have happened… They’ve got to be crazy… I’m ready to go… I didn’t know about all of this–people being able to take my money for nothing… They think they can get away with it but once I start talking they’ll shut up.” She wants to “make it right” and added, “I’m going to take them to court and sue them for using my home and using me.”

Who will help free Dr. White? Learn the backstory and watch other videos at:    http://elderdignity.org/in-lillies-voice/ 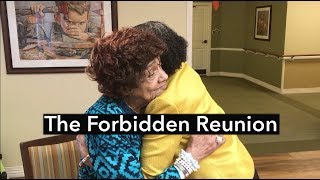 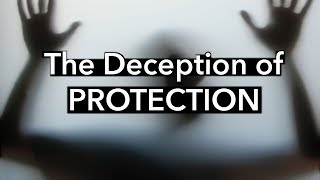 Deception of Protection: Anatomy of an Involuntary Guardianship

1 thought on “From TKAB: Dr. Lillie White being exploited in Fla. gship where her assets are drained and she is isolated from friends and family”