At a court hearing for a restraining order, Jaime’s ex-husband admitted he pushed her down the stairs in front of her child, pulled her hair, slapped her face and held her against a wall, she wrote in motions filed in Essex Probate and Family Court.

In other court documents, the man admitted that during their marriage, verbal fights escalated into physical fights — and in one instance, he assaulted her, then voluntarily enrolled in anger management counseling.

During a custody battle, Jaime alleged that he continued to hurt her and their child. He denied it.

A judge concluded that both parents physically assaulted each other during their marriage, culminating in the assault by the father. After the divorce, the judge wrote in a ruling, Jaime “overreacted” to events. He found no evidence that the father was a threat to the child.

The judge awarded legal custody to the father to make decisions about the child, and the parents shared parenting.

Massachusetts law requires judges to take domestic violence into account when determining custody so the child, barring special circumstances, is not placed with an abuser. But interviews with family lawyers, advocates for domestic violence victims, counselors for abusers, academics and battered women describe a pattern of family court judges holding domestic violence against the woman in custody battles.

“It works immediately against you,” Jaime said. “Lawyers will say keep your mouth shut about domestic violence, because you’ll lose custody of your child.”

The Republican is not identifying the victims of domestic violence or their partners in this story because of the sensitive nature of the accusations.

The treatment of domestic violence victims in family and probate court is neither a new issue, nor one specific to Massachusetts.

“I’ve been appalled by the family law response in Massachusetts to domestic violence for over 15 years now,” said Lundy Bancroft, a Western Massachusetts expert who counsels abusers, wrote a book on domestic violence and has worked as a guardian ad litem, appointed by the court to look after children’s interests. “It’s case after case after case of not believing what the woman is saying without any valid basis for dismissing her reports of the history of domestic violence. There’s a complete failure to do a proper investigation and a dismissing of her reports based on completely spurious reasoning.”

A 1989 Supreme Judicial Court study found that gender bias existed in favor of fathers in custody cases, and many judges did not consider violence against women relevant in determining custody.

In 1998, Massachusetts passed a law creating a “rebuttable presumption” that being placed with an abusive parent is not in the best interests of a child. A parent who the court finds is abusive has the burden of proving why they should get custody.

Yet a 2002 study by Wellesley Centers for Women found that Massachusetts family courts were continuing to place children with abusive parents. The report found that judges and court personnel often minimized or ignored women’s reports of abuse, or refuse to investigate or credit them. 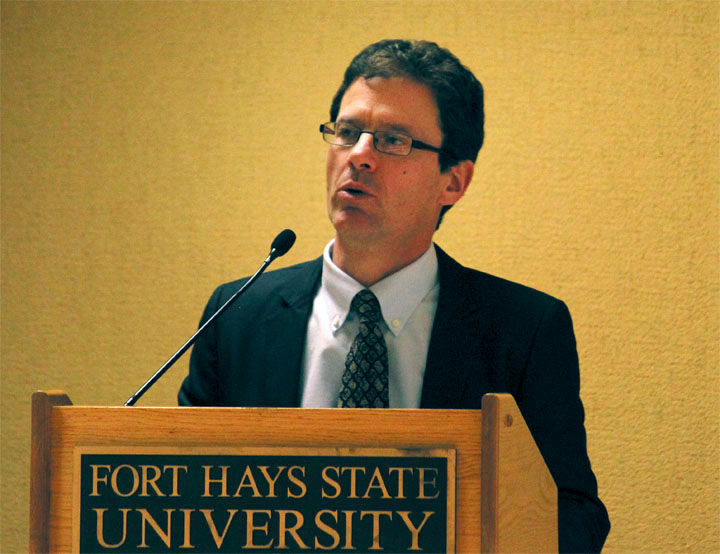 “Family courts don’t like hearing about abuse claims that are made against fathers,” Meier said. “You see a lot of vocal hostility toward mothers who raise these issues and persist in raising issues.”

Meier’s study found that when a mother claimed abuse and a father claimed the mother was trying to alienate the children, the court credited the abuse claims only 23 percent of the time.

Meier found that fathers win cases at approximately the same rate when domestic violence is alleged as when it is not, and fathers win more often when child abuse is alleged.

“There’s a very strong commitment to maximizing a father’s access to kids in these cases even when abuse is alleged,” Meier said.

There is little recent data from Massachusetts.

But preliminary results from a Boston College study about domestic violence survivors’ experience in Massachusetts probate courts identified similar themes. Survivors told researchers that they felt reporting abuse made things worse for them in court, that the court gave the abusive parent an advantage and that their reporting of abuse was discounted.

According to police and medical reports, Cailin reported in 2011 that her husband had assaulted her, leaving her with a spinal injury, in severe pain, unable to walk without crutches and requiring surgery.

In divorce proceedings in Essex Probate and Family Court, Cailin said her husband had a history of domestic violence and abuse against her. She accused him of abusing their three children.

Her husband responded that Cailin’s accusations were “lies and trickery.” Years of litigation ensued and multiple investigations by the Department of Children and Family.

Cailin’s husband was given primary custody.

“(Courts) don’t evaluate domestic violence, they don’t really know in what context to evaluate it,” Cailin said. “Rather than being capable of diagnosing a trauma survivor, they pathologize them as paranoid, delusional.” 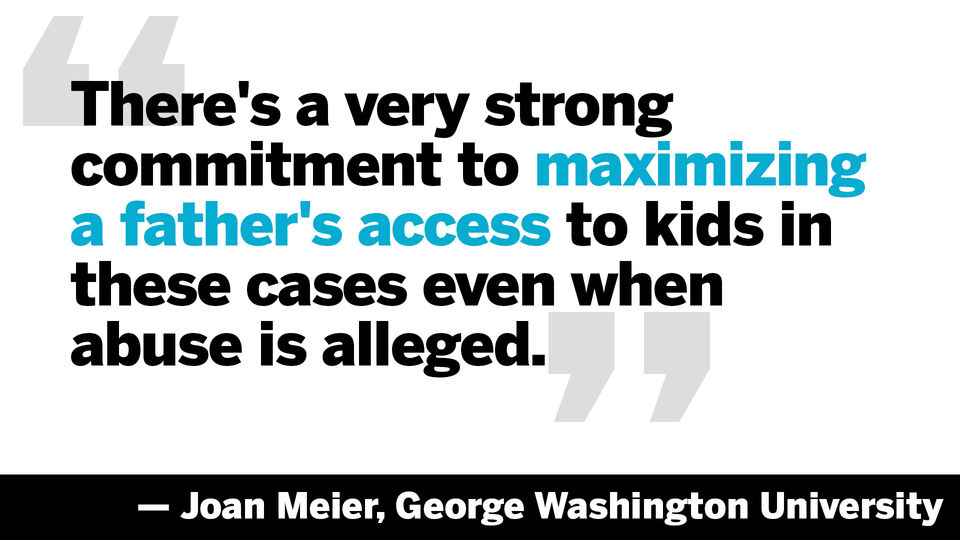 Margaret Drew, a lawyer who represents domestic violence victims and a professor at University of Massachusetts School of Law, said judges look for physical violence, but may not recognize symptoms of emotional abuse, financial abuse or threats of violence.

Judges may not understand the impact of trauma, which can affect a woman’s ability to testify.

“The party who is the abuser comes into court, is well-organized, dressed decently and presents him or herself very well,” Drew said. “Then you have a person claiming to have been abused come into court. She may be disorganized because of trauma, she may not have had time to look her best, she may present (testimony) in a nonlinear fashion.”

Probate judges are not as familiar with cases involving violence as District Court judges. “I think once judges understand that impact of trauma and understand the dynamics of abuse and how abuse manipulates every part of a person’s life, it become much easier to sort out who’s been abused and who’s the abuser,” Drew said.

Drew said she represented one woman who was denied a restraining order after telling a judge that her husband turned off her utilities. The woman then told Drew, after questioning, that her husband had strangled and physically abused her. But she only applied for the restraining order after her husband turned off the heat, which harmed her son. Drew said it takes specialized training for a judge to know how to question someone to uncover these stories of abuse. 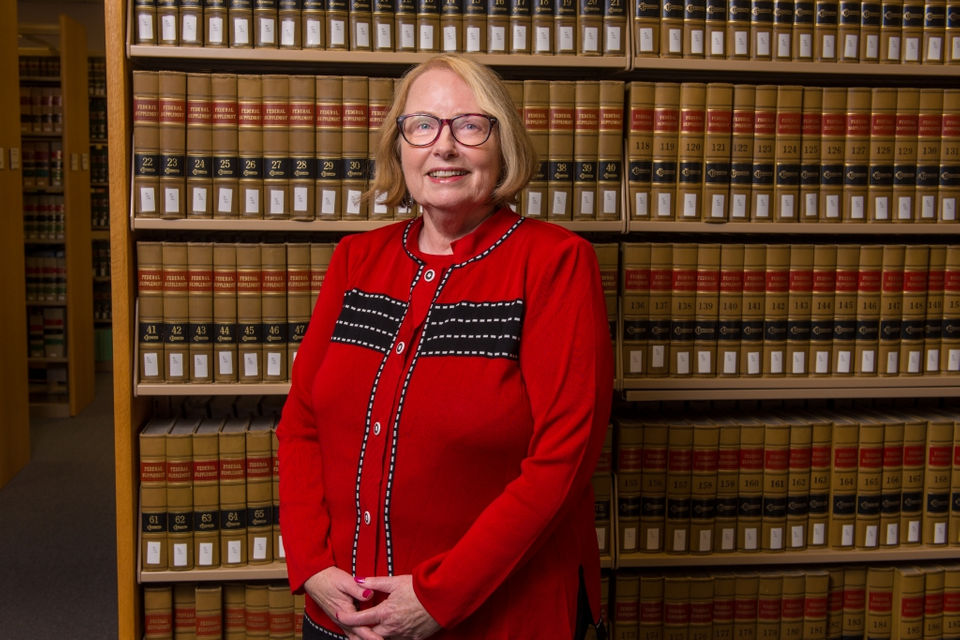 The prevalence of domestic violence in family court was confirmed by a 2011 pilot study in Norfolk County, where litigants went through a screening for domestic violence that included surveys and interviews. The study found that domestic violence was present in a much higher percentage of cases than court officials were previously aware of.

Of 112 cases, nearly half involved a restraining order, and 74 percent had some “red flag” indicating domestic violence.

Jamie Sabino, an attorney with Massachusetts Law Reform Institute who was involved in the study, said the research showed that people often do not present evidence in court or even identify themselves as a victim of domestic violence unless questions are asked in the right way.

She said a victim might appear hysterical, or might have any overly “flat” affect, which could make a judge question their account. “How courts get information is challenging anyway, and when you have a layer of domestic violence and trauma, it makes it even more difficult,” Sabino said. 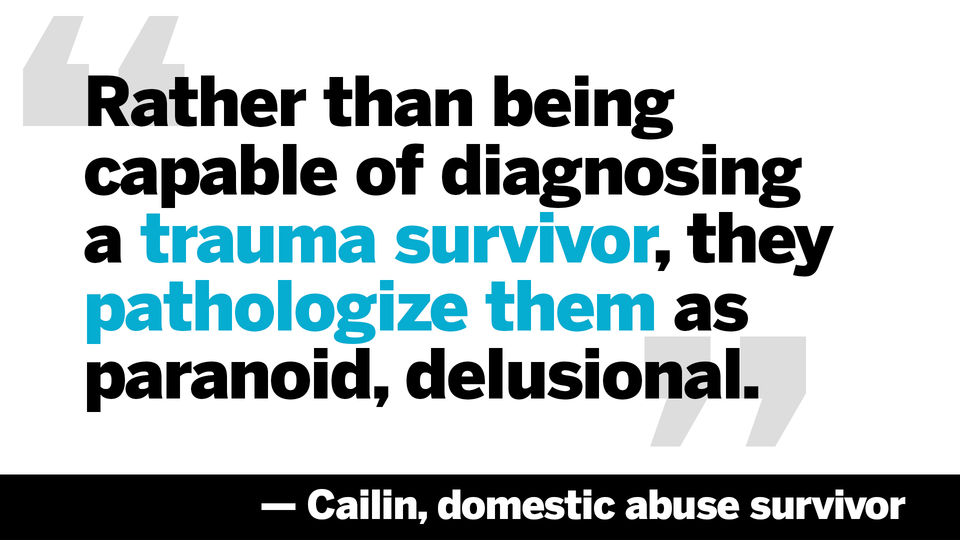 David Adams, cofounder of Emerge, a batterers’ intervention program in Cambridge, who has testified as an expert witness in domestic violence cases, said a lack of training means judges often think an abuser who comes off as charming is innocent. Abusers, he said, are, “quite often very good at flipping the script and presenting themselves as the victim.”

Abusers often engage in harassment through the court process, filing motion after motion and requiring their partner to respond, he said.

Sara Stanley, deputy director at HAWC, which provides services to domestic violence victims, said women are often accused of lying about abuse to get a custody advantage.

Stanley said part of the problem is the judicial system is set up to encourage cooperation and shared parenting.

“It’s gone to the point where it’s not just encouraging cooperation, it’s compelling cooperation. And when you have the situation of domestic violence, that doesn’t work,” Stanley said. “You cannot co-parent with someone whose entire goal is to control you.”

Stanley said she has also seen abusive parents using custody proceedings to harass their partners — for example, repeatedly filing contempt orders if a parent drops a child off a few minutes late.

Stanley said even after one partner was convicted of domestic violence, judges often give shared parenting rights to that partner. Stanley called the practice “concerning” because it does not account for any trauma the child might have experienced in witnessing the violence, and does not account for the risk the parent might be abusing their next partner.

Some do see the issue differently.

Patrick McCabe, co-chairman of the Boston-based Fatherhood Coalition, which advocates for fathers’ rights, said he has seen many cases in the past of a mother being granted a restraining order even without making specific allegations. Then, the father has difficulty seeing the children.

“What we’ve seen is restraining orders were handed out like candy. Whoever got it was quickly advantaged,” McCabe said.

That is starting to change, he said, with judges requiring a higher standard to issue restraining orders. 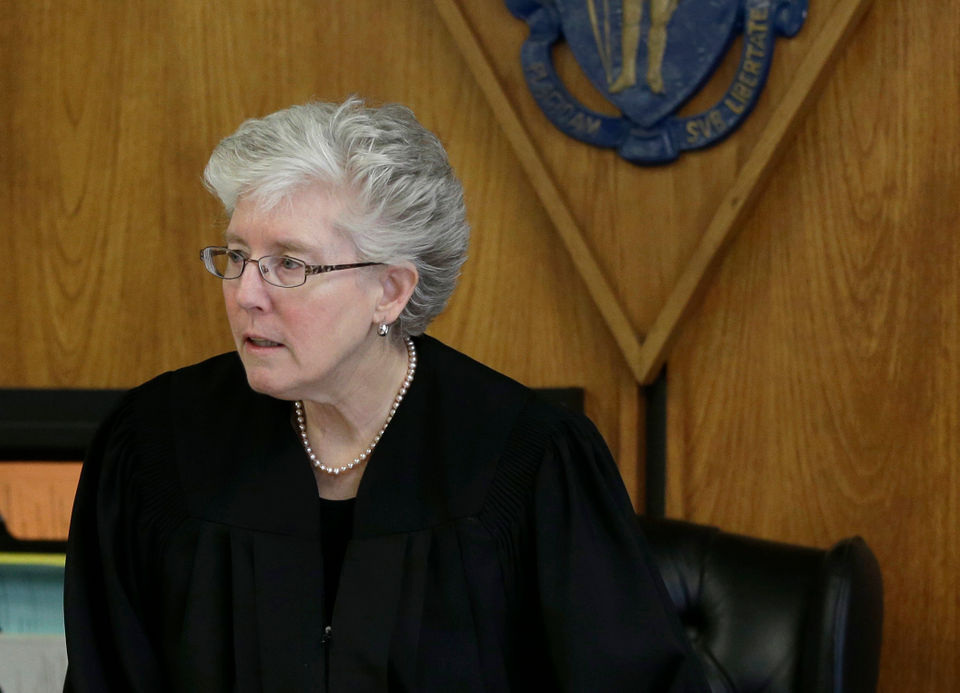 A law signed by then-Gov. Deval Patrick in 2014 mandated training in domestic violence and sexual assault for all trial court judges, clerks, guardians ad litem and other court personnel, to be given at least once every two years.

District Court Judge Marianne Hinkle heads the trial court’s Domestic Violence Task Force and has overseen the training. The task force spent over a year developing a curriculum that includes four online training modules. They cover the impact of domestic violence on victims, including trauma; the impact of domestic violence on children; identifying risk factors; and the use of violence in intimate partner relationships.

According to court officials, 44 of 49 judges in Probate and Family Court have completed the online training, as have 574 of 603 guardians ad litem.

All probate judges have also participated in an in-person training, in which participants simulate being part of a domestic violence scenario and make choices based on the resources they are assigned.

“We’ve gone far and above what anybody expected us to do,” Hinkle said.

While it is too early to measure the impact, Hinkle said the goal is to address some of the issues people have identified — for example, with judges not knowing how to identify trauma.

“I think people found it to be a very helpful experience in terms of understanding the levels of complexity involved in domestic violence,” Hinkle said.

1 thought on “From FB; Great article on how judges often award visitation to the abuser and ignore the warnings of the protective parent”