Skip to primary content
Take a look at the on-line edition of the WALL STREET JOURNAL  – this morning’s article has disappeared from the site!
The media coverage while benign does reveal that:

1) there was a fully functioning hospital right across the Street, and therefore even in the middle of the hurricane any patient threatened could have been carried across the street to safety.   However, the deaths occurred after the danger from the storm was over, so whether or not government was functioning, FPL was functioning, or the Good Lord was on vacation NO ONE NEEDED TO DIE!    In fact evacuation was not only called for, but practical.    Even without the deaths this facility was so poorly managed that it ought to have been shut down.
2) One generator at the facility failed – why were there not sufficient generators on the premises?  Certainly the facility charged enough.    The generator used for the kitchen was operating!
3) This facility had a history of bad management, criminal activity, and a relationship with LARKIN HOSPITAL.
4) 8 people died!    One or two could have been rationalized – but 8 is outrageous especially when it appears that in nursing homes not associated with Larkin no one died.
5) nursing homes from this group of owners and their associates have been sued 20 times for wrongful death, and accused of involuntary assisted suicide many more times.

The State of Florida does not manage these nursing homes!    However, it is alleged by others that State regulators are routinely PAID OFF but the nursing operators so that Regulation except under certain circumstances is a sham.
Governor Scott and his administration in revoking the license of this nursing home did the STATE OF FLORIDA are real service.   Growing old in Florida should not be a dangerous event!
I am struck by the removal of this article from the prominent position on the WAll Street journal’s on line edition.    I wonder if the WALL STREET JOURNAL and other members of the media are concerned about the Gulag reported by journalist Janet Phelan and others, to wit:
https://www.activistpost.com/2017/09/judicial-reform-activist-attorney-abducted-police-broadcasting.html

Declaring opponents of corrupt insane or mentally ill is not a new idea – the Soviets used it for years!
Ken Ditkowsky

On Thursday, September 21, 2017, 9:23:18 AM CDT, kenneth ditkowsky <kenditkowsky@yahoo.com> wrote:
Andy —
victories are on the horizon   –  Governor Scott of Florida refused to be fixed!    He and the State of Florida are draining the swamp! 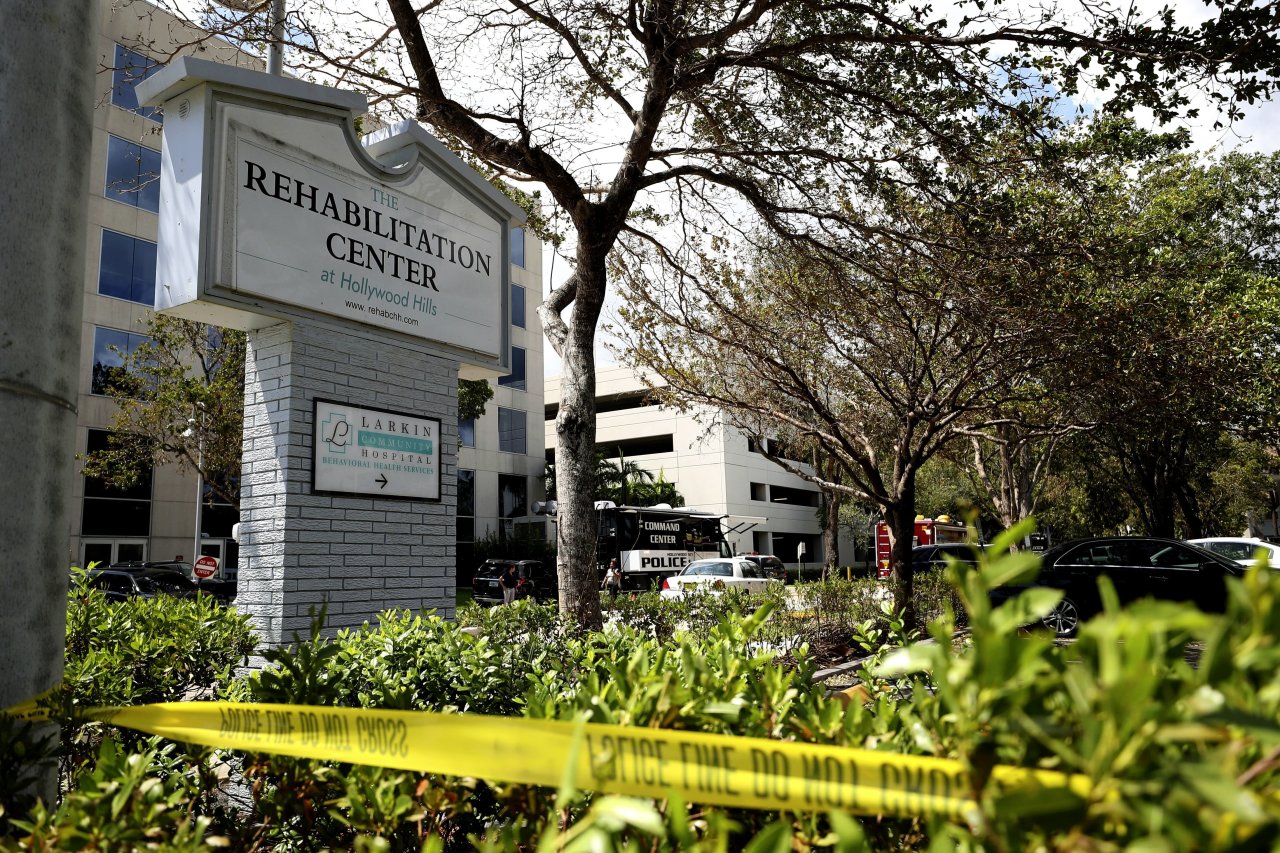 The Rehabilitation Center in Hollywood Hills, Fla., seeks an injunction to stop the state from enforcing orders that effectively shut the facility down. PHOTO: JOHN MCCALL/SOUTH FLORIDA SUN-SENTINEL/ASSOCIATED PRESS
By
Melanie Evans and
Jon Kamp

A Florida health-care regulator Wednesday suspended the license of a nursing home tied to the deaths of eight patients after Hurricane Irma knocked out its air conditioning, while also alleging documentation errors in patient reports.

The latest order comes a day after the Rehabilitation Center at Hollywood Hills filed a lawsuit against the state to block two previous orders, both of which effectively shut down the home, claiming the orders weren’t justified. U nder direction from Gov. Rick Scott, the state has taken several steps to stop operations at the Hollywood, Fla., facility following the deaths last week.

“These failures resulted in the deaths of at least eight” residents in the nursing home, the latest order said. One patient died with a temperature of 109.9 degrees, the state said.

Nursing home staff “continuously monitored” patients, and multiple medical professionals attended patients in the hours leading up to the emergency evacuation, Kirsten Ullman, the nursing home’s co-counsel, said in a statement. The state’s allegations “simply do not describe the conditions observed by these multiple caregivers,” she said. Prior to the evacuation, two residents who died had “elevated temperatures,” she said, but not in a “critical range.”

The state health agency also alleged in the new order that nursing home staff made errors while recording key details regarding patients’ health and vital signs. In one case, a patient was allegedly recorded as resting in bed with “respirations even and unlabored” after the resident had died .      Comment:   dead people have no observable trouble – they just lie there not bothering anyone.  It is respectfully suggested that the miscreants record keeping is about as reliable as any visual observations or a person who has no sight, no hearing and is thirty or forthy miles for the situs of the events being monitored.

In another example, the state claimed that the nursing home recorded a 78-year-old patient’s temperature as 101.6 degrees Fahrenheit minutes after the nearby hospital, where the patient had already been taken, recorded 108.3 degrees. That patient also died.

The health agency’s order called this “an apparent ‘late entry,’” which it claimed was a broader problem with patient reports. Late entries occur when documentation isn’t done immediately, such as at the end of a shift, and they are labeled as such, Ms. Ullman said. The nursing-home evacuation occurred before the end of a shift and some documentation hadn’t been done, she said.

In the nursing home’s lawsuit, which was filed in Leon County, Fla., late Tuesday, the facility alleged two earlier orders issued by the state health regulator were “completely devoid of any factual allegations.” The nursing home is seeking an injunction to stop the state from enforcing the orders.

Those two orders from the state health agency—one terminating the home from the Medicaid program and another blocking new admissions—don’t cite evidence that the patients’ deaths were related to the building’s climate, the nursing home said.

The nursing home’s complaint also argued that the facility followed an emergency plan that was approved by two state health agencies. Personnel there called 911 when a patient first exhibited symptoms that required a higher level of care, which first happened in the early morning hours on Sept. 13, days after the storm hit, the nursing home said.

The home also claimed that staff were “continuously told to keep residents in place and that help was on the way,” according to the complaint.

Broward County’s chief medical examiner, Craig Mallak, hasn’t released the cause of death for any patients from the nursing home, citing the continuing criminal investigation into what happened there.

Witnesses, including first responders and visitors, have described oppressive heat in the facility, which was relying on spot coolers and fans to keep patients cool.

The governor’s office Tuesday released records detailing calls between state officials, including those in his office, and nursing home officials in the days after the storm. The records show the nursing home repeatedly contacted state emergency numbers—including a personal cell number for the governor—in the days before the facility was evacuated.

For instance, on Sept. 11, a day after the power to the air conditioning was knocked out, Natasha Anderson, administrator of Larkin Community Hospital Behavioral Health Services, a psychiatric facility in the same building as the nursing home, called to report the broken air conditioning.

“We did call local companies as well to see if there’s any more chillers available and nobody has any available,” Ms. Anderson said, according to a transcript released by the governor. “And it’s like 80 degrees in the building right now with elderly and psychiatric patients.”

State officials who returned calls to officials from the nursing home and neighboring psychiatric facility, were told the air conditioning was out, but spot coolers and fans were in place, the records show. The state says administrators from the home never said patients’ safety was in jeopardy.

Write to Melanie Evans at Melanie.Evans@wsj.com and Jon Kamp at jon.kamp@wsj.com

1 thought on “From KD–Information continues to flow about corrupt Fla. nursing home that baked 8 patients to death–body temps up to 110 deg.”