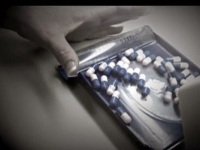 KVUE’s findings come after Sandy Martinez says her father, Paul Travio, is one of those residents impacted.

“We had noticed some behavior issues with him, and we couldn’t pinpoint what was going on because he started sundowning a lot. He wasn’t talkative anymore,” said Martinez.

A few months later, Travio’s daughter got a call from CVS Pharmacy indicating it was time to refill their father’s prescription for Sinemet, a medication to help treat Travio’s Parkinson’s disease.

She then checked with her father’s nursing home. “And it wasn’t until then that we had found out that he was not getting his medication properly.”

While the state cited Travio’s nursing home for medication errors in the past, his family couldn’t prove it this time. A KVUE Defenders investigation uncovered their concerns shed light into an increasing problem across the state.

Of those, staff giving residents ‘unnecessary drugs’ increased the most by more than 78 percent.

Earlier this year, AARP conducted a study on nursing home care across the country. It found Texas nursing homes inappropriately administer antipsychotic drugs to residents with no mental illness, nearly more than any other state in the country. Texas tied with Louisiana.

1 thought on “From NASGA – Medication errors about in Nursing homes”