The Scourge Of Elder Abuse: Don’t Be Afraid To Speak Up 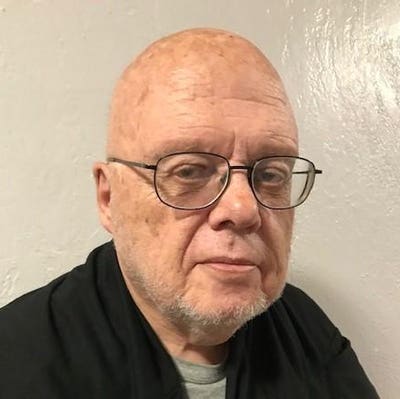 David Holmberg is a journalist and playwright.

If you or a member of your family have experienced elder abuse in a highly flawed guardianship system, you should be aware that you’re not an isolated case or a helpless victim.

Elder abuse by opportunistic court guardians is one of those issues in American society that has reached critical mass in recent years, and some statistics indicate that it might soon achieve a dubious parity with child abuse.

In 2016, the General Accountability Office in Washington examined the state-based guardianship system and found hundreds of cases of physical and financial abuse, and negligence throughout the country. According to The New York Times, the GAO reported that “in eight cases examined in six states, guardians were found to have stolen more than $600, from their elderly wards.” And from 1990 to 2010, the GAO reported, guardians in 20 cases stole $5.4 million.

But it took a New Yorker piece in 2017 to define the scourge of elder abuse in a way that got the public attention it deserved. How did the magazine accomplish that? By focusing on a Las Vegas, Nevada guardian named April Parks who’s attained a sad distinction: she’s become a poster child for elder abuse in this country, and last January she drew a long and deserved prison sentence for her systematic criminality.

Parks’ predatory strategy was exemplified in the case of a Las Vegas couple in their late 70’s named Rudy and Rennie North. The Norths had some health problems, but were comfortable in their home in an adult community. They’d been married 57 years. But Parks learned of their apparent vulnerability and got herself appointed as their guardian. She had the Norths declared incompetent, moved them into an assisted living facility not nearly as nice as their home, and took over management of their assets as a profit-making legal maneuver. She spent all their money (an unknown amount) and the Norths became totally dependent on their daughter, who had fought hard against Parks’ machinations.

Parks’ conviction brought her the maximum sentence possible: 16-40 years. Victims testified at her trial about losing their life savings and feeling like victims under Parks’ care. Said one victim: “April Parks is a predator of the worst kind.”

Parks claimed in her own testimony that she always had a passion for guardianship and cared about her clients. But, said Judge Tierra Jones, “you told us you never meant any harm. But after hearing stories of people Scotch-taping their shoes, people being charged for Christmas gifts, how is that no harm?”

A good question. And if you find yourself or someone you know in a guardianship situation that leads you to ask the same question, don’t hesitate to go to the authorities and/or seek legal counsel immediately. The Department of Justice has an elder justice coordinator in each of its 94 U.S. Attorney’s Offices, in accordance with the Elder Abuse Prevention and Prosecution Act—enacted in October 2017. The guardianship system is now on trial and you need to take advantage of that.

1 thought on “From FB and Forbes: Admission that Guardianship is a very troubled area.”