The way a master owns a slave’: Court-enforced ‘guardianship’ of seniors emerges as national issue

At least 1.5 million adults in the United States are under the care of guardians and, critics say, are trapped in a flawed system which controls everything from a person’s finances to visits with family members.

In North Carolina, Ginny Johnson described how, just three months after her 95-year-old father was placed in guardianship, she was locked out of the Raleigh home she had lived in for 53 years and her father was taken away. 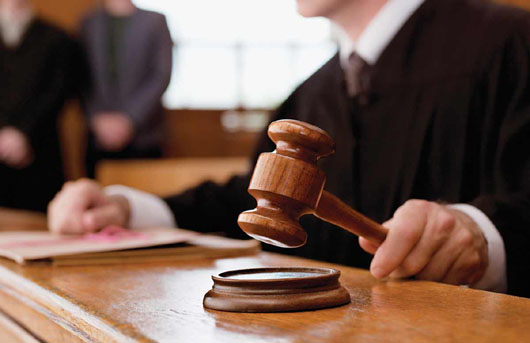 “My father was a 95-year-old healthy man when this happened,” Johnson said. “The day before dad was abducted he was on the golf course hitting golf balls with me. He had just lifted weights for 30 minutes and biked for 30 minutes.”

Johnson said her father’s dying wish was that she help prevent other abuses like the ones done to him.

“My father’s service in WWII was also heroic and yet he was kidnapped, robbed and murdered by our courts and legal system,” she charges.

As “wards of the state,” many of America’s most vulnerable are “stripped of their individual rights, find themselves separated from friends, family members and lifelong support networks as a result of enforced isolation imposed allegedly for their ‘protection,” according to Sam Sugar, author of the best-seller “Guardianships & The Elderly: The Perfect Crime.”

The American Bar Association, in a study published earlier this year, said that “guardianship is generally permanent, leaving no way out – ‘until death do us part.’ ”

In many states, all that is required to become a guardian, for those who have not been convicted of a felony or recently declared bankruptcy, is taking a course.

“My father was in great shape until he was warehoused by the court appointed guardian in a care center that starved him, restricted him from seeing me and didn’t shower him regularly,” Johnson said, according to a June article by Juliette Fairley for Medium.com.

Johnson said she had been named her father’s power of attorney and health care proxy but a sibling filed for guardianship in Wake County’s Special Proceedings Estate Division Probate Court and a professional guardian was appointed instead.

A year after being placed in guardianship, Johnson’s father passed away. She has since filed a wrongful death lawsuit with the North Carolina Industrial Commission, according to Fairley’s report.

“We are the state’s designated tribunal/court for tort claims against the State of North Carolina and, as such, we simply cannot comment on any potential, pending or adjudicated claim before us,” said J. Brian Ratledge, general counsel with the North Carolina Industrial Commission.

Sugar, who is founder and president of Americans Against Abusive Probate Guardianship (AAAPG), said that “The court and the court appointed guardian cannot strip the person of all their assets unless they first declare the individual incapacitated at which point the guardian owns them the way a master owns a slave.”

The exploitation of Americans placed in guardianship was highlighted in April during a meeting of the Senate Special Committee on Aging.

Committee chair Susan Collins, Maine Republican, recounted a New Yorker article published in 2017 which detailed how a woman obtained guardianship over an older couple, unbeknownst to their daughter, after she “allegedly showed up at the house … and informed them that she had an order from the local court to ‘remove’ them from their home, and that she would be taking them to an assisted living facility.”

The guardian, April Parks, “allegedly sold their belongings and transferred their savings into an account in her own name,” Collins said. Parks, who was the guardian of more than 400 people over 12 years, later was indicted on more than 200 felony charges.

Sen. Bob Casey, Pennsylvania Democrat, said during the April hearing that “We don’t even have basic data on guardianship itself. We don’t know how many people are subject to guardianship, who their guardians are, if a guardian has been thoroughly vetted and how many people are possibly being abused or neglected by their guardians. We should be able to agree that finding answers to these questions is the least we can do to protect our loved ones.”

In Texas, the state legislature last year passed a bill ordering the creation of a statewide system which will require all guardians to register, complete an online training course and undergo a criminal background check. The 50,748 active guardianship cases in the Lone Star State are valued at as much as $5 billion, according to David Slayton, executive director of the Texas Judicial Council.

Florida, which has the nation’s highest number of residents age 65 and over, recently cracked down on guardianship abuse with a new law establishing a statewide database of professional guardians.

Previously, professional guardians who were alleged to be abusing their power could move to a different county which did not require enhanced audits.

The Clerk & Comptroller of Palm Beach County reported in 2016 that there were at least 50,000 people under court-controlled guardianships in Florida and nearly $4 billion in guardianship assets at risk for exploitation.

“There are sometimes some bad apples,” said Sam Verghese of the Florida Department of Elder Affairs, according to a report by WPLG. “What we’ve sought to do with the legislature has been to fix some of those gaps that’ve been there, so that if there is someone who’s being taken advantage of from abuse, neglect, exploitation, financial fraud, there’s a way to actually go after the bad apples so more people aren’t hurt.”

Family members of those placed in guardianship are often required “to pay excessive, even outrageous hourly fees to untrained observers (for instance, law enforcement personnel, social workers and non-medical aides) to make occasional visits with their loved ones for very limited periods of time. In extreme cases, telephone contact with the ward is monitored or even prohibited,” Sugar said.

In her report for Medium.com, Fairley cited attorney Taso Pardalis, a partner with Pardalis & Nohavicka Lawyers in New York, who said “Approximately 5 to 10 percent of adult guardianships in this country are reported to have a fraudulent aspect – yet the percentage is most certainly much higher.”

Private guardians are legally allowed to charge a “ ‘reasonable’ fee but the State has not defined the term,” Pardalis said. “Some private guardians charge rates as high as $600 an hour for tasks as menial and mundane as writing emails. Fees are billed to the ward’s estate and without sufficient supervision by the State of the guardian’s operations, there is a high potential for financial abuse.”

Fairley’s report cited the example of Mary Bush of West Chester, Pennsylvania. Bush is required to pay $50 to visit her 87-year-old mother at a local nursing home and an APS worker and a sheriff must also be present.

“The court has unjustly labeled me a criminal and violated my due process rights,” Bush said. “My mom had a million dollar estate that has been liquidated by court appointed guardians.”

“Sgt. Renegar lunged at the Plaintiff Mary Bush, grabbing her cell phone and throwing it to the ground,” stated Counselor Denenberg in an Aug. 29, 2018 amended complaint. “Sgt. Renegar then body slammed the Plaintiff onto the pavement causing her head to strike the hard surface. Although she was not resisting arrest, Sgt. Reneger got on top of the plaintiff, twisted her left arm way up her back and threatened to shoot or taser the Plaintiff.”

Bush was simply attempting to visit her aging mother Genevieve.

Paradlis said that “Even though a guardianship should be used to honor the best interest of the ward, it’s become clear that the system has become a business.”

Sugar noted that “These all too common practices to ‘protect the ward’s best interests’ discourage family connections, taint every visit, add further stress to already tense situations and result in predictably adverse consequences for all involved.  To combat these cruel assaults, legislative campaigns have been launched by several national advocacy organizations aimed at rewriting state laws to prevent the separation of wards and families.”

Sugar added that “Forced isolation, in addition to being an excessively cruel and harsh punishment for an innocent frail person, is a serious health risk, resulting in decreased longevity, increased need for medications, greater demands on staff and escalating costs. Worse yet, it can lead to vociferous confrontations, major medical crises or worse-case scenarios.”

1 thought on “From DF: The elderly and disabled are trapped in a system without any rights–just like the worst of slavery”