Michigan Child Protective Services and the Abuse of Power 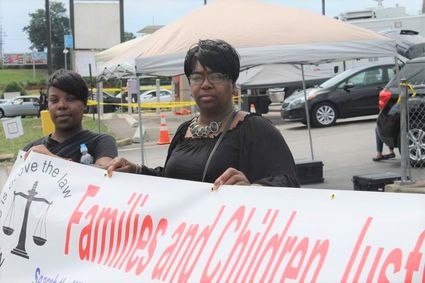 Detroit resident Debbie Williams will always remember that day 26 years ago. It shadows her every movement and it burns her with the unfathomable anguish of a mother that has her children inexplicably snatched from her grasp.

It began with a call to the Michigan Department of Human Services Child Protective Services with allegations of child abuse.

William’s eldest son, Joseph (who was 14 at the time) made up stories about how she’d physically abused him. He fabricated these stories because he wanted to stay with his father who lived in Canada.

A few days later, agents from Michigan’s Child Protective Services arrived at the school demanding to see her three children. They interrogated them without her knowledge or consent, or without the presence of lawyer, friend, or adult family member. Soon afterward her children were removed from her home. And despite William’s fervent denial that she had abused her children (as well as statements of family and friends that she was a good mother and sworn statements from the children themselves that they were not mistreated) she was forced to endure the nightmare of being separated from them for nearly two years. Yet, even then, the nightmare did not end.

On June 8, 2009, her grandson, Malik Tucker, was born at Joseph Mercy Hospital in Ann Arbor. It was alleged by Orchards Children’s Services director, Trudy Fortino, that Malik was born with traces of cocaine in his system and steps were taken to revoke Chantella Tucker’s parental and maternal rights. This occurred regardless of notarized documents from hospital physician Gary Weiner and several social workers that prove Ms. Tucker tested negative for cocaine and all other listed drugs on the date of her delivery and throughout her pregnancy. Yet despite all the efforts and documents obtained by Debbie Williams and Chantella Tucker and support from legal and human rights organizations, Malik Tucker remained under the control and whim of Orchard Children’s Services who were unwilling to divulge any information about the child’s care to the mother or the grandmother. “My family has been victimized by Child Protective Services of Michigan,” Williams said. “CPS removed my 5-month-old grandson from the hospital without permission and placed him in foster care. I have been fighting ever since to gain custody of my blood relative. The government of Michigan must be stopped from violating our constitutional rights and stripping children from their loving biological relatives.”

Williams is on a crusade to correct the abuses and excesses perpetuated by child protective service and adoption agencies. It is not only natural but lawful that she does so.

Lindsay Stern, who was the relative assessor for foster care supervisor, wrote a letter to Williams which contains the reasons Orchard Family Services gave for denying custody of Malik Tucker to her. It states she has “lack of insight as to why Malik came into custody; lack of trust toward child welfare services and hospital personnel that leads to concern that you will not cooperate with the case plan for Malik.” When Williams attempted to get specific responses to these unclear allegations, she maintains she was either ignored or stonewalled.

“They told me I was refused custody because I lacked trust and respect for the hospital staff, and lack of trust in the child welfare system,” said Williams. “This denial was fraudulent and bogus.”

According to provisions of the Amber Bill, the blood relatives of children that have been removed from their parents must be given preference for placement. Yet, Williams efforts to gain custody of her grandson were blocked by what she describes as the unlawful and blatant acts of CPS authorities with the collusion of Orchard’s Children’s Services adoption agency.

Many experts and activists believe that CPS has wrecked the lives of hundreds of thousands of families across America. And regardless of the original goal and purpose to protect children from abuse and neglect, they have often torn children from good homes and loving parents without any lawful or moral justification and placed these children into the homes and institutions of uncaring strangers that mentally and physically abuse them. According to federal data, children that are placed in orphanages and foster care are abused at 6 times the rate of children that remain in the care of their biological parents or extended families. Moreover, opponents of CPS believe that by gaining potential federal funding of 4 to 6 thousand dollars per child along with other financial bonuses and incentives, it creates a system where case workers and administrators are persuaded to compete for dollars. And it is immoral when these dollars are connected to the number of children that can be put out for adoption.

Both CPS of Washtenaw County and Orchard Family Services of Ann Arbor were contacted to comment on Debbie William’s dilemma. They stated that it is against their policies to give out information to unauthorized parties.

Steven Malik Shelton can be reached at malikshelton562@gmail.com

2 thoughts on “From MP: Children ripped from mom for false reports and alleged “non cooperation” in Michigan”