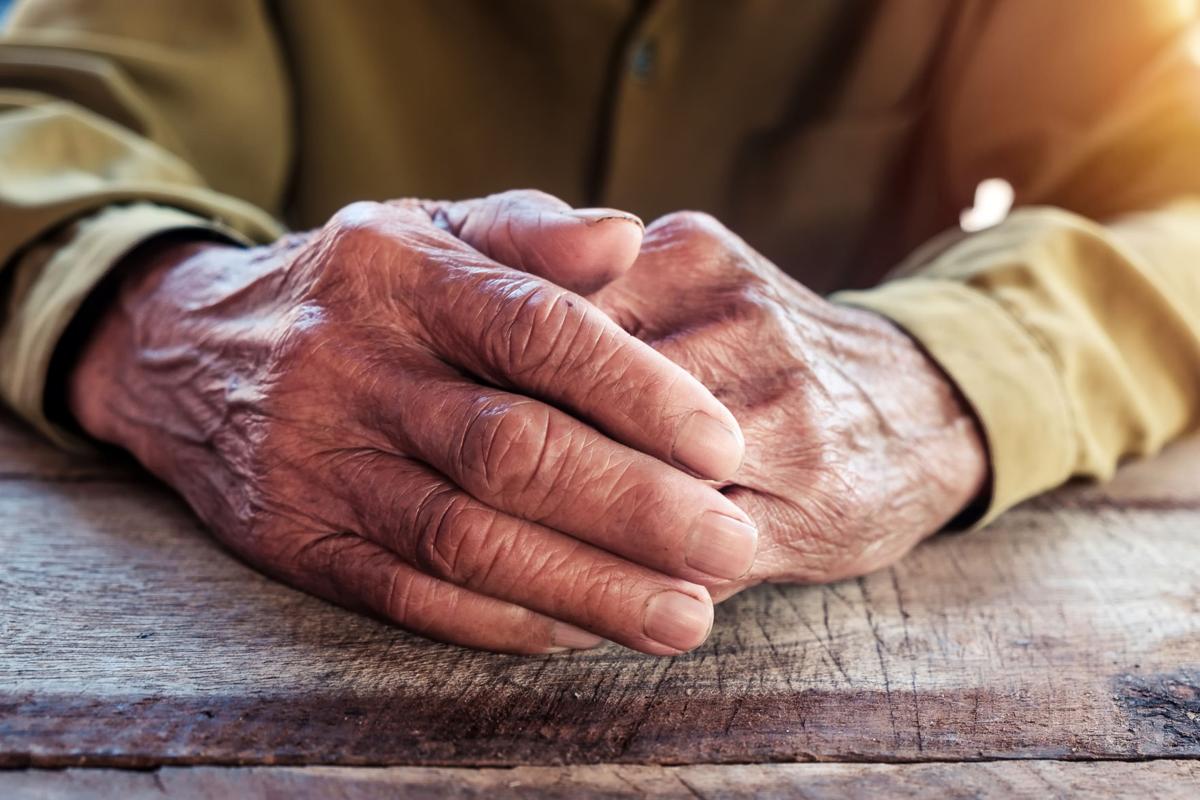 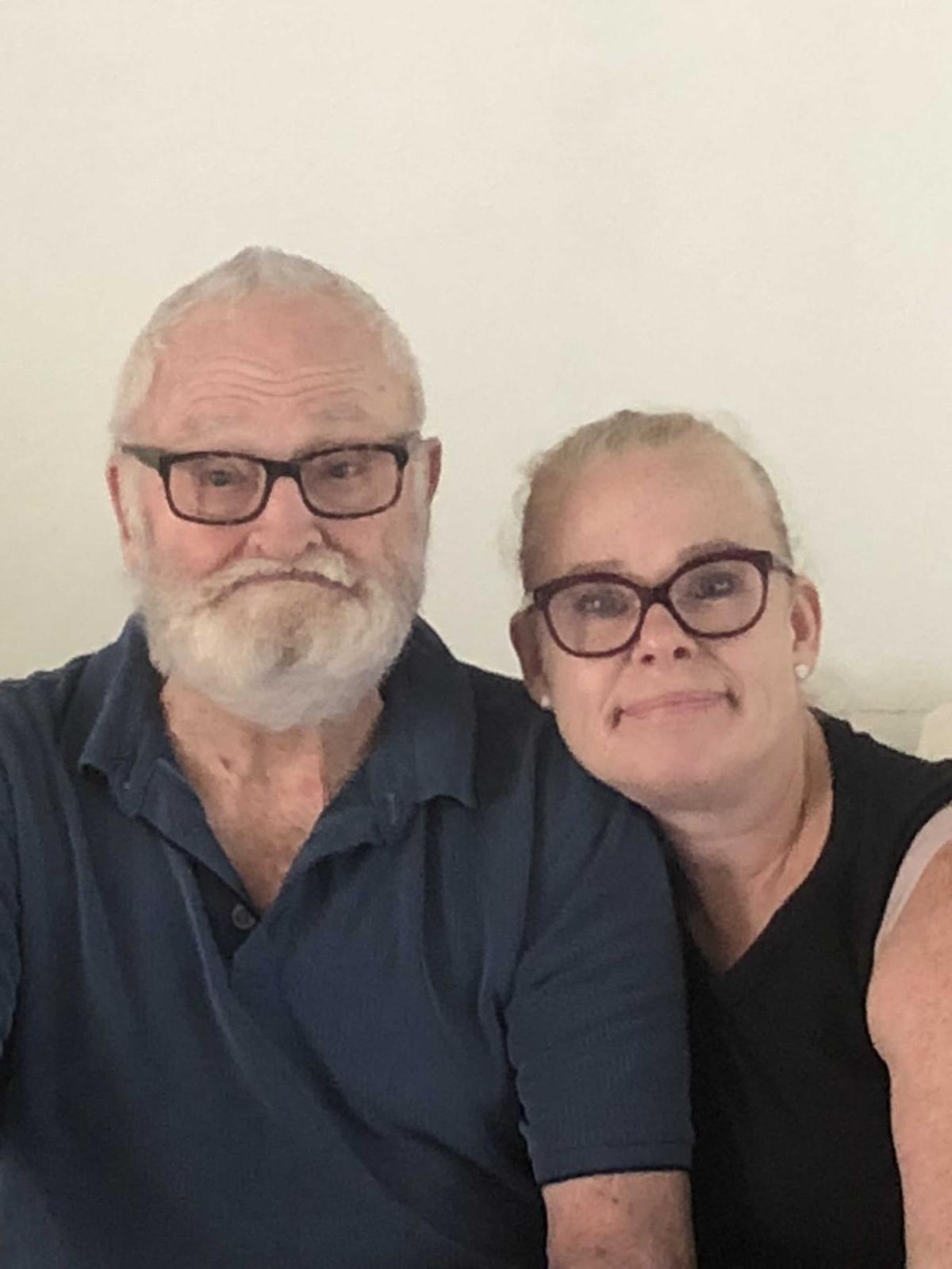 Since her father’s brush with involuntary adult guardianship last year, Hillary Hogue has been on a mission to stop what she said is corruption in the 20th Judicial Circuit’s guardian and probate court.

Hogue lives in Naples, but she said she takes trips around the five counties of the circuit to search for victims of abusive guardianships.

“This is the perfect place for such crimes as Florida is a retirement capital,” Hogue said. “This has become an industry that is fueled by ruthless greed.”

Guardianship reform has been a hot topic across the nation in the last few years, and Florida recently made changes to give the state greater oversight of the system.

As a result, a first-of-its kind administrative hearing in Palm Beach County may bar a guardian from practicing after the Office of Public and Private Guardianship (OPPG), along with the Clerk of Court Inspector General, conducted an investigation into her practices. The Palm Beach Post reported the OPPG is seeking sanctions against guardian Betsy Savitt which have the potential to bar her from practicing in the county and may include repayment of up to $190,000 in guardianship fees.

Hogue believes the problem is just as bad in Southwest Florida and stated attorneys and judges are complicit in guardians’ attempts to control the lives of their elderly wards and deplete their savings.

However, Sara Miles, spokesperson for the 20th Judicial Circuit, which includes Charlotte County, said the allegations of corruption are unfounded and untrue.

“Our judges work diligently to ensure due process and fairness,” Miles said. “The Legislature has recently enacted new guidelines and requirements and a complaint procedure for people to use as a means of maintaining checks on guardians.”

Adult guardianship happens when the court finds an individual’s ability to make decisions is so impaired that it gives the right to make those decisions to another person. According to Florida law, guardianship is only warranted when no less restrictive alternative is available, such as durable power of attorney, trust, health care surrogate or proxy, or any other form of pre-need directive.

There are three types of guardians: family, public, and professional.

Despite the name, family guardians aren’t necessarily performing guardianship services for a parent or grandparent. ‘Family guardian’ simply designates a guardian with three or fewer wards under their care. Professional guardians have more than three wards, and guardianship is their profession.

Gina Rossi, executive director for the Florida State Guardianship Association, said some professional guardians enter the field after becoming the guardian for a family member, while others come through social work or finance fields.

“If you want to become a professional guardian you have to take a 40-hour, in-person course,” she said. “After that, there’s an extensive background check with includes FBI fingerprinting, an expansive credit check, and the Florida guardianship examination. Then if you pass, you are bonded, and you take all that information to the Office of Public and Private Guardians.”

According to Ashley Chambers, spokesperson for the Department of Elder Affairs which houses the Office of Public and Private Guardians (OPPG), the state has the least control over professional guardians, who are paid out of the ward’s assets. Until recently, the guardianship office in the Department of Elder Affairs was called the Statewide Public Guardianship Office.

In fiscal year 2016-2017, there were approximately 550 professional guardians registered with the OPPG.

Public guardians, who are typically professional guardians who agree to take on guardianship cases for indigent persons, provided services for more than 3,000 indigent wards in fiscal year 2016-2017.

In 2016, facing news reports and personal accounts of guardians taking advantage of the elderly, the Florida state Legislature granted the OPPG statutory power to investigate and discipline professional guardians, changing the name of the Statewide Public Guardianship Office to the Office of Public and Private Guardianship.

“That was the huge change,” Chambers said. “It completely changed the scope of the office. In 2016, the law was signed to give us authority to investigate all the accusations against certain professional guardians. The Legislature acted in order to give us a disciplinary role.”

In an administrative complaint, the OPPG could seek anything from restitution for the victim up to revocation of a guardian’s registration, so they can no longer practice.

According to Gina Rossi, most guardians were in favor of the new process and the Florida State Guardianship Association even helped the OPPG write the code of conduct for guardians.

“The standards, generally speaking, raised the profession of guardianship and most guardians, that’s what they want,” she said. “They want the work they do to be reflected in a standard of practice. Guardians felt like this is what they’ve been doing all along, but now it’s part of the law.”

Too little, too late?

Despite the new standards and complaint process, Hogue and others say they felt helpless when their loved ones were placed in guardianship, and some are still fighting the system even after a loved one’s death.

Punta Gorda resident Cristi Kessler is still involved in litigation in her father’s guardianship case in Collier County, even though he passed away last year. Kessler has been unable to get back a special medical bed for her veteran husband’s throat cancer, which she says has been locked down with her father’s property. The bed, intended to help her husband breathe at night, had been loaned to her father when they learned he was sleeping on a 40-year-old mattress.

“This is nothing more than abuse by a probate guardian to a veteran who served his country honorably and lovingly cared for his father-in-law,” she said.

Another Charlotte County woman’s mother-in-law died under the care of a guardian who denied family’s wishes, documented in emails in the court file. Though she declined to share her story, court documents record a disagreement over whether the ward should have been placed in a stroke center, rather than the hospice care the guardian chose.

In Hogue’s situation, she said every 20-minute conversation with her father’s guardian or court appointed attorney would rack up unreasonable bills. Her sister filed the initial petition alleging their father was incapacitated, while Hogue states that petition was full of lies. She says her father never had the opportunity to defend himself, but was instead placed under an emergency temporary guardianship until he could be evaluated for competency.

After the petition was filed, three examiners evaluated Mr. Hogue, one of whom was a gynecologist.

Chambers said while that might seem strange, it’s common for examiners to come from a variety of backgrounds, and all court-appointed examiners receive special training to evaluate competency. Members of the examining committee must receive a minimum of four hours training, per Florida statute.

Ultimately, a professional guardian was not appointed, though Hogue claims both the temporary guardian and her father’s court-appointed attorney pushed for one. Instead, Hogue and her sister agreed to an order which allows Mr. Hogue to live with Hillary while his accountant serves as his power of attorney.

Now, several months after the process has ended, her father is still afraid to leave the house, and her young son fears the “guardianship police” will come take his grandfather away. Still, she considers herself lucky her father got out so easy.

Gina Rossi said while she doesn’t have knowledge of specific cases, most guardians take their jobs very seriously, and few people realize the amount of scrutiny they are under. Any medical decisions are discussed with family, doctors, nurses, and hospital ethics teams — “everybody you would listen to if it was somebody in your family,” she said.

When it comes to money, guardians must submit detailed financial reports to the court on a yearly basis, which are closely audited by the clerks of court. People might think of guardians as rogue individuals taking control of a ward’s life, Rossi said, but none of the decisions made by a guardian are made in a vacuum.

“A guardian cannot just come in and spend all your money,” she said. “I guess there’s always cases of people being really bad people, but generally speaking the system is not set up so that’s easy to do. You’re literally stealing in front of a judge. That takes a lot of nerve.”

After a ward’s death, Rossi said sorting out the property can be a lengthy process due to the court overseeing the accounting.

“Every case is so different,” she said. “Occasionally, someone will be like, ‘Oh no, that’s my ring, my mom promised it to me,’ but the guardian would not be in a position to give it away.”

In addition to education and networking for guardians, the Florida State Guardianship Association works to educate the public on alternatives to guardianship and how to avoid it.

“We would just encourage people to be educated about guardianship to find out exactly what it is and make sure that all your documents are in place, that you’ve done the best to care for yourself so you won’t need a guardianship,” Rossi said.

“I know so many guardians who have totally changed people’s life, took them from a terrible situation to a safe situation where they had a great quality of life,” she said.

Since creating the complaint investigation process, the state has received 126 guardianship complaints across the state. The administrative complaint against Betsy Savitt is the only one yet to be filed, though Chambers said there may be others going that direction. However, for the five complaints involving professional guardians in Charlotte and Sarasota counties, no disciplinary action was warranted based on the investigate findings, according to the OPPG.

“As a department, if you ever hear of any requests for help from a constituent complaining for something that is putting an elder in jeopardy, that concerns us,” she said. “Now that we have the authority to investigate complaints when they come in, we take that seriously because protecting vulnerable adults is of the utmost priority for the department.”

For more information on public and private guardianships, visit the Office of Public & Professional Guardianship in the Florida Department of Elder Affairs at http://elderaffairs.state.fl.us/doea/spgo.php

To file a complaint about a guardianship issue, call 1-855-305-3030 or visit http://elderaffairs.state.fl.us/doea/oppg_complaint.html.

Guardianship changes made in 2016

1 thought on “from EB: Hillary Hogue in Fla. hunts down probate court corruption”