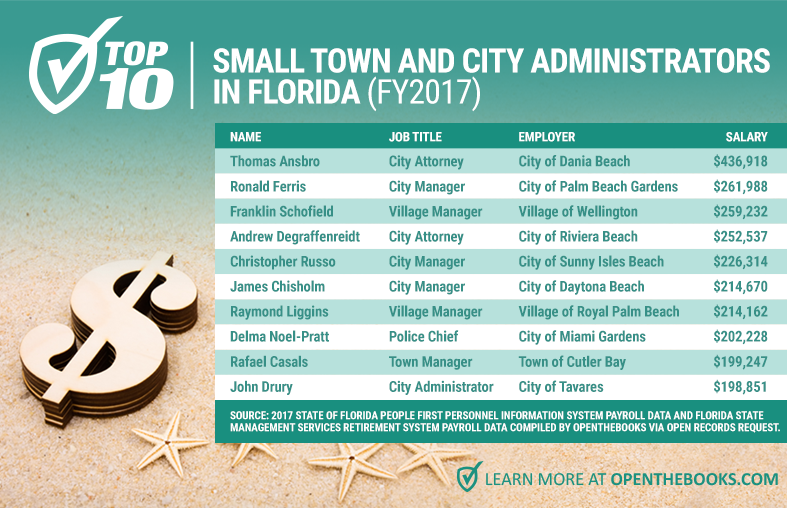 When our team of auditors at OpenTheBooks.com reviewed the most highly compensated employees at every level of government in Florida, we found more than 35,000 state and local government employees brought home six and seven-figure salaries, costing taxpayers $5.5 billion annually.

Since last year, the headcount of these high-compensated Florida government workers jumped by nearly 4,000 employees.

The list of high earners includes an airport director accepting retirement payments and a working salary; a city attorney making $436,918; a junior college president making $386,578; and a county administrator making $346,722. There are even 26 small-town, village, and city managers out-earning every governor of the 50 states.

Using our interactive mapping tool, quickly review (by zip code) the 34,873 Florida public employees earning $100,000+ each, costing taxpayers more than $5.5 billion annually. Just click a pin and scroll down to see the results rendered in the chart below the map. Search all six-figure employees in Florida mapped at OpenTheBooks.com.OPENTHEBOOKS

To see all 2017 Florida state and local payroll data at OpenTheBooks.com, click here.

Welcome From Forbes To A Special AI Exploration

Journalist Becomes Publisher To Push Her Agenda: To Help Progressive Women Achieve What’s On Theirs

Searching the map by zip code, here are a few examples of what you’ll uncover: 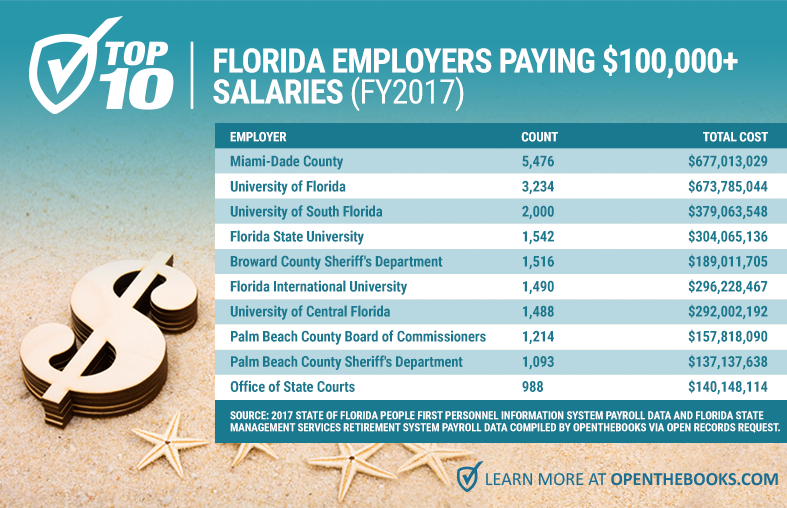 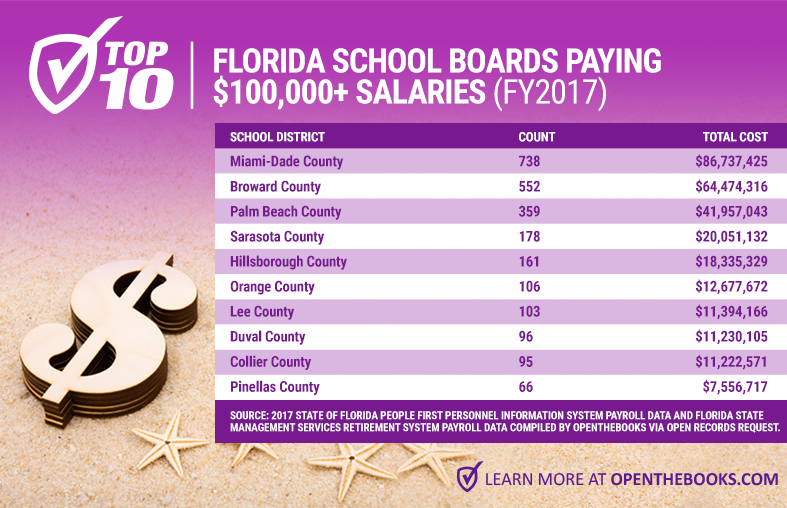 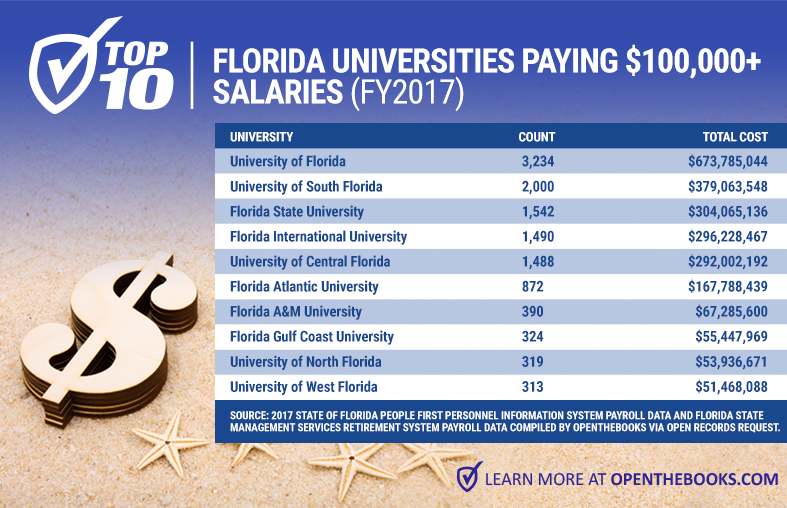 Not even resignations and retirements can stop some public employees from receiving huge payouts. Consider two examples:

Richard Anderson retired from his position as Apopka City Manager in 2014 with $510,296 in final-year compensation on top of two pensions he was able to collect. Then, the city rehired him as a lobbyist with a two-year contract for another $528,000.

Florida was ranked the number one fiscally responsible state in 2017. However, with public higher education employees bringing home six and seven figures, numerous small-time municipal leaders earning more annually than state governor, and a history of high earners accepting pensions and active paychecks at the same time, perhaps its practices are worth reevaluating.

Note: Only two of Florida’s 477 pay and pension systems were reviewed for this column: Florida People First Personnel Information System and Florida State Management Services Retirement System. All data is made available under Florida transparency laws. Together, these two systems have nearly 800,000 public employees and are estimated to cover two of every three FL public employees.

From Joanne
Of course in Illinois, we don’t know how much Larkin, Opryszek, Splitt and others are paid to harass and intimidate innocent lawyers Ditkowsky, Denison and Amu for revealing corruption in the courts publicly, but we can see from their property records (Larkin, Smart) there’s some pretty fishy activities going on.
If anyone knows  a good volunteer investigator to get to the bottom of this corruption, please have them contact me. It’s time to clean the house here in Chicago.
JoAnne

1 thought on “from Forbes: Follow the money: 35K state employees in Florida earn $100k or more”