One of the problems with fraud is that it is a cancer and all too often the adage – “you cannot defraud an honest man” comes into play.    Health care’s 700% fraud surcharge could not happen if the various governments were themselves HONEST.   The Illinois political elite whose criminal activities are such an embarrassment have a great deal of company.   Decent people everywhere are appalled when a major political figure goes on television and has the temerity to tell multiple whoopers that he knows are absolutely untrue.    These same members of the great unwashed get even more upset when the media repeats the prevarication as the truth over and over again and when someone speaks out in frustration: “stop lying!” the protester is labeled *****.
Usually the lying by the POLITICAL ELITE is not obvious, and sometimes it is inventive.   Official money laundering by States with health care funds is disclosed in the current WALL STREET JOURNAL article reproduced infra.    It reveals your dollars at work DEFRAUDING you, to wit:

When Connecticut faced a budget shortfall of $2.2 billion, or 11%, this year, it helped close the gap by almost doubling its tax on hospitals, to $900 million. Taxing hospitals sounds strange, especially since most are nonprofits. It also would seem to increase their costs and, thus, the cost of care—much of which, thanks to Medicaid, is borne by the state that levies the tax.

Yet 42 states tax hospitals. Why? One answer is the perverse incentives built into the Medicaid law. When a state returns tax money to hospitals through Medicaid “supplemental payments,” it qualifies for matching funds from Washington.

Connecticut hospitals will pay $900 million in taxes, but the state will offset that with $600 million in supplemental Medicaid payments—matched with $450 million of federal funds. The state keeps those matching funds, plus the $300 million from the hospital tax, meaning Hartford comes out ahead in the whole scheme by $750 million. Nice work if you can get it.

Medicaid supplemental payments, as the term implies, are separate and distinct from the reimbursements that cover the actual cost of services rendered to beneficiaries. But the federal government turns a blind eye to the circular nature of the arrangement: Hospitals and other providers are both the source and the recipient of most of the funds. The Centers for Medicare and Medicaid Services simply sees the supplemental payments to providers and matches them roughly in line with each state’s federal medical assistance percentage, or FMAP—the same rate used to reimburse actual medical costs. 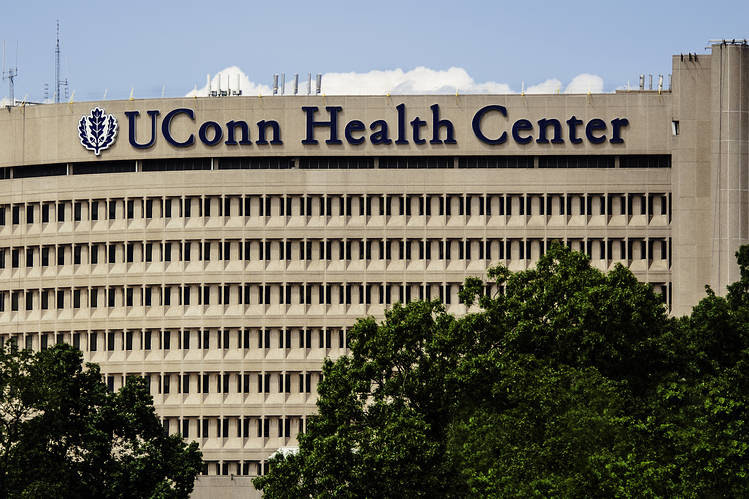 Each state’s FMAP is calculated based on how its personal income compares with the national average. Apart from the expansion of Medicaid under ObamaCare, FMAPs range from 50% in wealthy states to about 67% in the poorest states.

Medicaid’s model of shared federal-state responsibility is supposed to be based broadly upon FMAPs. But supplemental-payment schemes undermine that and “have the effect of shifting costs to the federal government,” according to a 2014 study by the Governmental Accountability Office. The more a state taxes its hospitals and then gives them money back, the more federal funds it can obtain.

No wonder taxes on medical providers have both risen and widened as the Medicaid program has grown costlier. The hospital tax is the biggest revenue-raiser, but 44 states also tax nursing homes, and 34 tax at least one other type of health-care provider. The GAO study found that these taxes had almost doubled nationally, from about $9.5 billion in 2008 to $18.5 billion in 2012, as new states like Connecticut jumped into the game, while others, such as Missouri, played more intensely. The Show Me State increased its provider taxes by one-third between 2008 and 2012, from about $1.5 billion to $2 billion. In the past five years even more states have jumped in and FMAPs have risen under the ObamaCare expansion of Medicaid.

The only real federal limit on this gaming of the system is a rule setting maximum health-care provider taxation at 6% of the tax base—in the case of hospitals, “net patient revenue.” But that limit isn’t really a limit; it’s a threshold below which states enjoy a safe harbor from federal action. States can submit, and CMS can approve, plans that exceed the threshold. And according to Connecticut officials, the state is blasting through the threshold with a tax of about 12% on hospital outpatient revenue while simultaneously maxing out at 6% on the inpatient side.

The GAO study is the most recent comprehensive look at taxes on medical providers, so we simply do not know how much they have grown since 2012. CMS itself may not know. The GAO study noted that “CMS does not collect accurate and complete data from all states on the various sources of funds to finance the nonfederal share. . . . According to federal internal control standards, federal agencies should collect accurate and complete data to monitor programs they oversee.”

Given the executive branch’s laxity, Congress should increase its oversight. The hospital-tax scheme increases the federal share in the Medicaid partnership in a convoluted, opaque, bureaucratically time-consuming and arguably unintended manner. It is inherently inefficient and costly. It distorts the operation and the perception of the health-care system. This is bad governance that legislators shouldn’t countenance.

Some proposals in Congress would reduce the 6% limit. Lawmakers should adopt the lowest proposal, 3%, and instruct CMS to enforce it strictly, not treat it as safe harbor. Otherwise, if Congress wants to raise the federal share of Medicaid funding, it should do so with a straightforward across-the-board increase in FMAPs.

If Congress determines that some states need financial assistance, it should devise a separate program expressly for that purpose. But state schemes that take advantage of Medicaid to gain general financial assistance are a perversion of government that ought to stop.

Mr. Jahncke is president of the Townsend Group International

1 thought on “From Ken Ditkowsky–Fines why are we taxing hospitals when most are NFP’s–a bunch of BS govt accounting.”