Skip to primary content
And when Illinois licensed Lawyers spoke out about the lack of jurisdiction (no service upon Mary Sykes or her younger daughter or 2 elderly sisters), and made the information known widely and publicly on blogs and to the authorities (FBI and states attorneys) the ARDC went after Denison and Ditkowsky lock stock and barrel.  Ms. Denison was suspended 3 years for revealing the mass of corruption, and Mr. Ditkowsky 4 years.  The Illinois Supreme Court still refuses to remedy the situation, and may well have been a part of it, noting their public stance on the issues (numerous motions to Reconsider filed by Denison are responded to not with a full opinion, not with any Justices’ signature, but a simple “denied.”
From Ken Ditkowsky–
What is good for the goose is not necessary considered to be good for the gander.
The Federal and State Constitutions plus a bunch of statutes including the Americans With Disabilities Act decree that governmental jurisdiction is limited when the issue of forfeiting or modifying rights of the elderly and/or the disability.   755 ILSC 5/11a – 3b limits guardianship to only that which is necessary to protect the rights of disabled to enjoy the fruits of American civilization.     Not only is not a vehicle to forfeit the civil and human liberties of a senior citizen, but it seeks to prevent exactly that result.
Unfortunately, in the Circuit Court of Cook County reports have filtered in that guardianship is not only venal, but it is imposed without any consideration of the disability.  Indeed, such was clearly the situation in the Mary Sykes case 09 P 4585 and a corrupt judge, to wit: Maureen Connors, was not the least bit concerned that 755 ILCS 5/11a – 10 was almost totally ignored, i.e. no service of summons on Mary, no prior notice of hearing to Mary’s next of kin, and no hearing on competency ever held.    On page 91 of her deposition, Judge Connors explains how this happened – she was ‘fixed!’    Ditto for Alice Gore *****
Demands for an HONEST INVESTIGATION resulted in perjured attorney disciplinary complains.   The cover up continues.
In the 7th Circuit Court of Appeals, a Judge connotes discomfort with the casual and cursory treatment of jurisdiction by the bar.    Indeed, it is axiomatic that without jurisdiction – no matter how comprehensive and clout heavy the cover up by Jerome Larkin and the Illinois Supreme Court the acts undertaken are unlawful and may even constitute felonies.    The Article for the ABA reads as follows:
CIVIL PROCEDURE 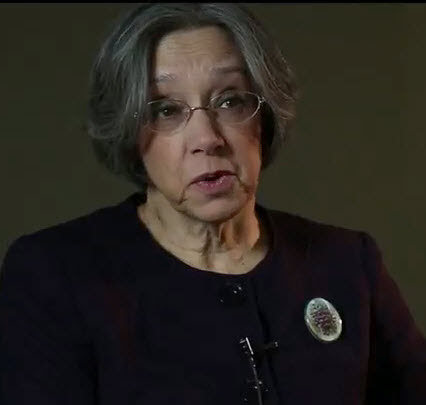 Chief Judge Diane Wood made her frustration clear in a pair of orders on Monday lamenting litigants’ failure to follow circuit rules that help the Chicago-based 7th U.S. Circuit Court of Appeals screen for jurisdictional problems.
Wood used all caps to order that briefs filed by the Air Line Pilots Association and the U.S. Justice Department be “STRICKEN.” Reuters noted her displeasure.

Circuit rules require those who file appeals to include a jurisdictional statement. Litigants responding to the appeal who see no problems with that statement must state the summary is both complete and correct.

“These terms are not synonyms,” Wood said in the orders (PDFs, here and here). You can’t list one without the other, she indicated.

“There is no reason why, month after month, year after year, the court should encounter jurisdictional statements with such obvious flaws,” Wood wrote. She gave the attorney general and the association seven days to submit new briefs that follow the rules.

Wood said she was issuing the opinions in hopes that lawyers and pro se litigants “will take heed and avoid these errors in the future.”

“These requirements may seem straightforward,” Wood wrote, “but a distressing number of briefs filed in this court do not comply with the requirements.”

1 thought on “From Ken Ditkowsky–jurisdiction is a serious matter and the Mary Sykes case was a Fraud on the Court that never should have happened and the ARDC covered up, and continues to cover up, a fixed case”