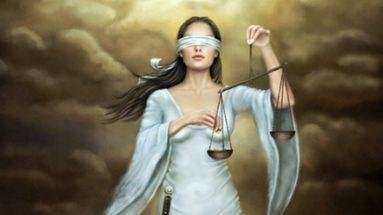 My name is Roisin Cassidy. I was a custodial mother of my two children for 15 years, currently aged 15 and 11. I’ve always been a devoted mother, and all I have ever wanted to do was to co parent my children. Nonetheless, their wealthy abusive father asked for sole custody and was successful, by means of a custody report that I believe to be inaccurate and biased, conducted by Dr. Ken B. Perlmutter. This report was signed into a court order by Judge Raymond Swope, San Mateo. I was not permitted to present my evidence in court.

This is not a case of substance abuse, mental illness or parental deficiencies. After leaving an abusive marriage, my children and I were subjected to years of expensive litigation and harassment, as well as two custody evaluations by Ken Perlmutter PhD, Palo Alto. These custody evaluations placed me and the children under a microscope for years to the point where I had to account for every decision I made no matter how small and for each and every incident that occurred in our daily lives no matter how trivial. If I was five minutes late for a doctor’s appointment, I had to explain why in detail.

Recently, after five years of expensive litigation all instigated by the father Stephen Tyrrell, I simply ran out of money and could not continue fighting. My children and I had less than 48 hours to say good-bye, and they were uprooted from their Bay Area home to Camas, Washington. Parents often lose their children to the parents who abused them, and mistreated them by means of legal and financial abuse.

Ken Perlmutter is a member of the Association of Family Conciliation Courts, an organization of family law professionals that have recently come to Ireland via ARC mediation in Waterford, Ireland. The AFCC does not believe in holding their professionals accountable and do not investigate complaints against their members. I wish to enlighten Irish parents of the possible removal of due process when entering mediation with professionals associated with the AFCC. I am requesting that the AFCC change their rules to allow for me to file a complaint against and investigate what I believe to be a biased and inaccurate evaluation. I also request that shared parenting be restored.